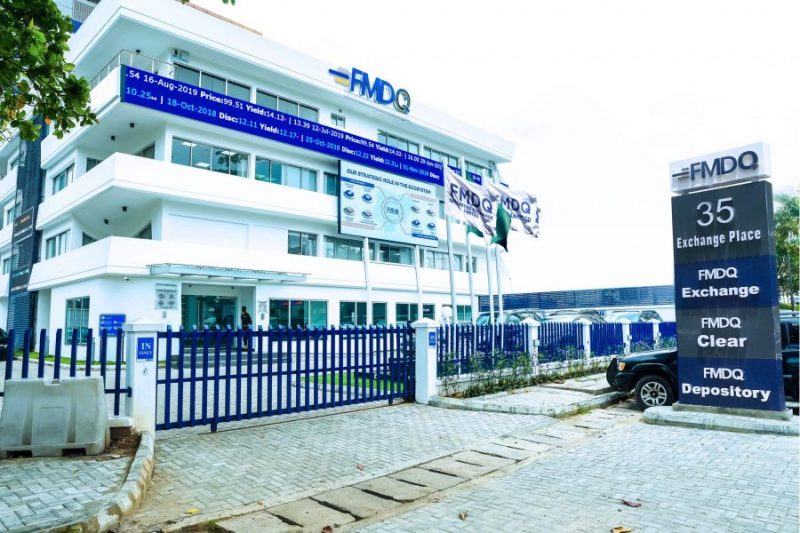 As a critical and much needed Financial Market Infrastructure (FMI), this laudable achievement re-defines the landscape for financial transactions as we know it and introduces endless possibilities to the scope of permissible products that can be developed and deployed within the ecosystem towards delivering long-lasting prosperity to the Nigerian economy.

The FMDQ Clear CCP ushers the actualisation of the outstanding building block that will enable the development of thriving repurchase agreements, derivatives, and commodities markets in Nigeria like other developed economies and markets.

As a critical FMI, FMDQ Clear, as a CCP will interpose itself between two counterparties by becoming the buyer to every seller and seller to every buyer, thereby aggregating and consolidating counterparty risks and introducing the much-desired counterparty agnostic trading feature that will catapult the growth of trading liquidity of financial products in the Nigerian markets to international standards.

In addition, the CCP, with its robust risk management structures and financial resources, is able to manage the consolidated risks in an operational, cost and capital-efficient manner that unlocks value for market participants within its value chain.

With the foresight of the SEC, having actively engaged with market participants for several years on the requisite regulations, robust and world-class “Rules on Central Counterparty” were published in December 2019, thereby setting the regulatory environment for the establishment of a CCP.

However, the final piece on FMDQ Clear’s aspiration of evolving into a full-fledged and sustainable CCP was then the legal basis to support its planned activities – netting and bankruptcy remoteness of financial market transactions.

According to FMDQ, this required legislation, in another revolutionarny event for the Nigerian markets, was addressed by the repeal and re-enactment of the Companies and Allied Matters Act, 1990 (CAP C20, LFN 2004) as Companies and Allied Matters Act 2020 (CAMA 2020) into law on August 7, 2020. Particularly, this new Act, which is positioned to set the Nigerian economy on the path of remarkable growth, made provisions for netting and bankruptcy remoteness.

Indeed, these game changing provisions will cure critical legal deficiencies that hitherto affected the development of the financial markets, with the netting provisions addressing the credit risk challenges, operational and legal bottlenecks of gross settlement for spot and derivatives transactions, and the bankruptcy remoteness provisions tackling the uncertainty around the finality of settled transactions whilst securely ring-fencing collaterals placed in execution of financial contracts.

It is noteworthy that FMDQ Clear, being the first Central Clearing House in Nigeria and having provided clearing services for the Central Bank of Nigeria (CBN) Naira-Settled OTC FX Futures product from its inception with over US$50.00bn worth of contracts executed, has acquired operational capabilities and experience that rival similar markets internationally, while adapting to local peculiarities.

This attribute has uniquely positioned FMDQ Clear to take on the new responsibilities of a CCP effectively and efficiently well for the benefit of all market participants and in perfect alignment with the Nigerian financial markets regulators’ aspirations.

Bola Onadele-Koko, the Chief Executive Officer of FMDQ Group, expressed his delight at this milestone, saying, “By the Approval-in-Principle granted FMDQ Clear’s registration as a CCP, the Commission has again, demonstrated its relentlessness and forward-thinking disposition towards the development of the Nigerian capital markets and the nation’s economy.

“The evolution of FMDQ Clear to a CCP marks a critical and longawaited milestone in the Nigerian financial markets ecosystem, positioning the markets for revolutionary growth in potentially colossal proportions. FMDQ, as a group, is indeed appropriately placed to de-risk the Nigerian financial markets and thereby, in collaboration with market stakeholders, ensure the realisation of this enormous feat.”

Related Topics:FMDQFMDQ Clear
Up Next