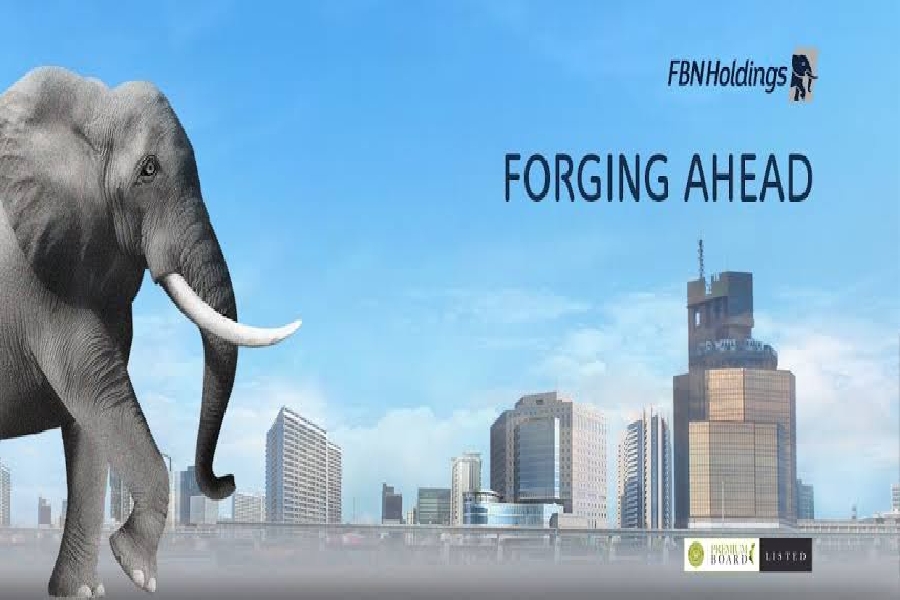 Fitch Ratings has affirmed the Long-Term Issuer Default Ratings (IDRs) of FBN Holdings Plc (FBNH) and its primary operating subsidiary, First Bank of Nigeria Ltd (FBN), at ‘B-‘, and removed them from Rating Watch Negative (RWN). The Outlooks are Negative.

The removal of the RWN from FBNH’s and FBN’s Long-Term IDRs, Viability Ratings (VRs) and National Ratings reflects Fitch’s view of receding near-term risks to the bank’s credit fundamentals from the economic fallout arising from the oil price crash and coronavirus pandemic.

In our opinion the impact of the economic downturn on FBNH’s and FBN’s credit profiles is largely contained at their current rating level and it will take several quarters before the full extent of the crisis on corporates and households is seen in its financial metrics. Since the previous rating action in March, regulatory forbearance on asset classification and banks’ own debt-relief measures have significantly eased sector asset quality pressures. Debt relief measures are, nevertheless, temporary and with the eventual easing of fiscal and monetary support from the Central Bank of Nigeria (CBN), there remains a material risk that bank asset quality could deteriorate faster, unless economic recovery gathers pace.

The Negative Outlooks on FBNH’s and FBN’s Long-Term IDRs reflect our view of sustained downside risks to the operating environment, the heightened level of risk in doing banking business, resulting in risks to its capital, and ongoing pressures on the bank’s asset quality and earnings over the next 12-18 months.

FBNH is the non-operating holding company that owns FBN. FBNH’s ratings are aligned with those of FBN, its main operating subsidiary (which represents around 90% of consolidated group assets at end-2019) due to high capital and liquidity fungibility within the group as well as low double leverage (at 95% at end-1H20) at the holding company level.

The IDR of FBNH is driven by its intrinsic creditworthiness, as defined by its ‘b-‘ VR. The VR considers the group’s exposure to Nigeria’s volatile operating environment and also factors in vulnerability in its capital position in the context of moderate earnings generation and asset-quality pressures, when headroom above the minimum regulatory capital requirements is also moderate. Capital adequacy is a factor of high importance to the VR.

The credit quality of the loan book (net loans were 28% of assets at end-1H20) remains a weakness compared to peers. However, FBNH’s impaired (Stage 3 under IFRS 9) loan ratio improved to 9.2% at end-1H20 from its peak of 25.8% at end-2018, primarily due to write-offs and, more recently, debt-relief measures and regulatory forbearance. As a consequence of write-offs, loan-loss coverage of impaired loans has fallen to 41% at end-1H20 from 72% at end-2018, which is significantly lower than the average for Fitch-rated Nigerian banks (around 90% at end-1H20).

Our assessment also captures FBNH’s sizeable book of Stage 2 loans, which we estimate brings its problem loans (Stage 2 and Stage 3 combined) to around 44% of total loans, a notably higher level than for peers. Our assessment of FBNH’s asset quality captures the group’s sizeable investments in Nigerian government securities (Nigeria’s Long-Term IDR is ‘B’ with Stable Outlook) and cash placements, which together represented around 50% of total assets at end-1H20.

As for the sector, we believe that the credit quality of FBNH’s loan book will deteriorate over several quarters due to the impact on customers from the recession, currency devaluation, US dollar shortages and distress in certain key industry segments – especially the oil sector, which represented a high 30% of loans at end-1H20, or around 90% of Fitch Core Capital (FCC). We expect FBNH’s loan book to continue growing at a steady pace over the next 12-18 months (1H20: 7%, year-to-date), which will somewhat cushion the impact of rising impaired loans. This supports our view of a moderate increase in the bank’s impaired loan ratio in the near term.

FBNH’s profitability metrics typically lag behind those of the other large banks, as shown by an annualised operating profit/average total assets ratio of 1.2% in 1H20, compared to a sector average of 2.3%. This is mainly due to high loan impairment charges consuming 42% of pre-impairment profits in 1H20. That said, FBNH’s funding costs remain low compared to the sector, which highlights the group’s strong competitive position.

Capitalisation is a relative rating weakness and has a high influence in the ratings. FBN’s (bank-solo) total capital adequacy ratio (CAR) of 16.8% at end-1H20 (excluding profit for the period) was moderately above the 15% minimum regulatory requirement. However, the bank’s CAR increased noticeably from 15.7%, including full-year profit, at end-2019, thanks to an equity injection from FBNH after the sale of the group’s stake in its insurance subsidiary. In our view, capitalisation metrics remain vulnerable to asset-quality risks, with FBNH’s unreserved impaired loans at a fairly high 16% of FCC at end-1H20 – when provisioning rates in the bank’s sizeable stage 2 portfolio were low.

FBNH’s liquidity profile in local currency is strong, with a Fitch-calculated loans/customer deposits ratio of 47.4% at end-1H20 (end-2019: 48%). Local-currency liquidity is ample, with excess liquidity placed in government securities. The group’s funding in foreign currency remains largely short-term on a contractual basis, exposing it to maturity mismatches, with customer deposits representing the bulk of the short-term commitments. That said, behavioural data suggests that foreign currency funding is more stable. In addition, the group has significant contingent funding sources and has historically benefitted from good access to external funding.

FBNH’s and FBN’s National Ratings reflect their creditworthiness relative to other issuers in Nigeria and are driven by their standalone strength. They are lower than the highest-rated Nigerian peers due to FBNH’s and FBN’s comparatively weaker asset quality metrics and solvency levels.

Factors that could, individually or collectively, lead to positive rating action/upgrade:

Upside to the ratings is unlikely at present but could come from a material improvement in operating conditions and a sovereign upgrade. The Outlook could be revised to Stable if the vulnerability of FBN’s modest capitalisation to asset quality risks eases. This would be evidenced by a marked decrease of the stock of FBNH’s unreserved impaired loans relative to capital.

Positive rating action, such as an upgrade or a revision of the Outlook to Positive, would result from a narrowing of the gap between the large Nigerian banks’ financial metrics and those of FBNH. This would result from a reducing share of Stage 2 and Stage 3 loans, combined with a marked increase in the coverage of impaired loans by loan-loss allowances.

Negative rating action on the sovereign and/or if our assessment of the operating environment being revised downwards. The latter could be driven by persisting post-lockdown disruption, weak oil price and extended global economic turmoil, giving rise to a more severe economic and financial market fallout than currently expected.

Renewed deterioration in FBNH’s asset-quality metrics, which could be indicated by a rise in the combined Stage 2 and Stage 3 loans ratio to above 50%, driving large bottom-line losses and regulatory capital ratios, falling below regulatory minimum.

A severe tightening in the bank’s foreign currency liquidity could also lead to negative rating action.

The ratings of FBNH could be downgraded following a significant increase in its double leverage to above 120% for a sustained period of time or if liquidity and capital fungibility within the group was hampered in any way.