The Federation Account Allocation Committee (FAAC) disbursed the sum of N682.06 billion to the three tiers of government in September 2020.

This is contained in the latest monthly FAAC report released by the National Bureau of Statistics.

According to the report, the federal allocation of N682.06 billion disbursed to the three tiers (FG, States and LGAs) indicates a 1 per cent marginal increase when compared to N676.4 billion disbursed in August 2020.

Meanwhile, the oil producing states in the country shared a sum of N30.88 billion (4.5 per cent) as 13 per cent derivation fund.

In the month under review, September 2020, allocation to states rose by 3.4 per cent to N197.65 billion compared to N198.8 billion recorded in the previous month. 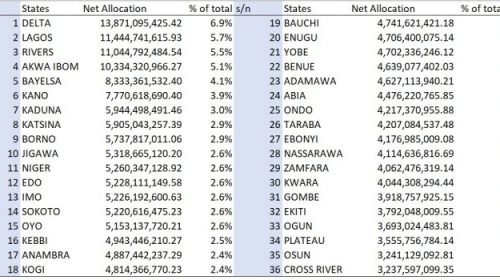 Details of disbursement to states

Why businesses should consider opening offices in small towns and villages