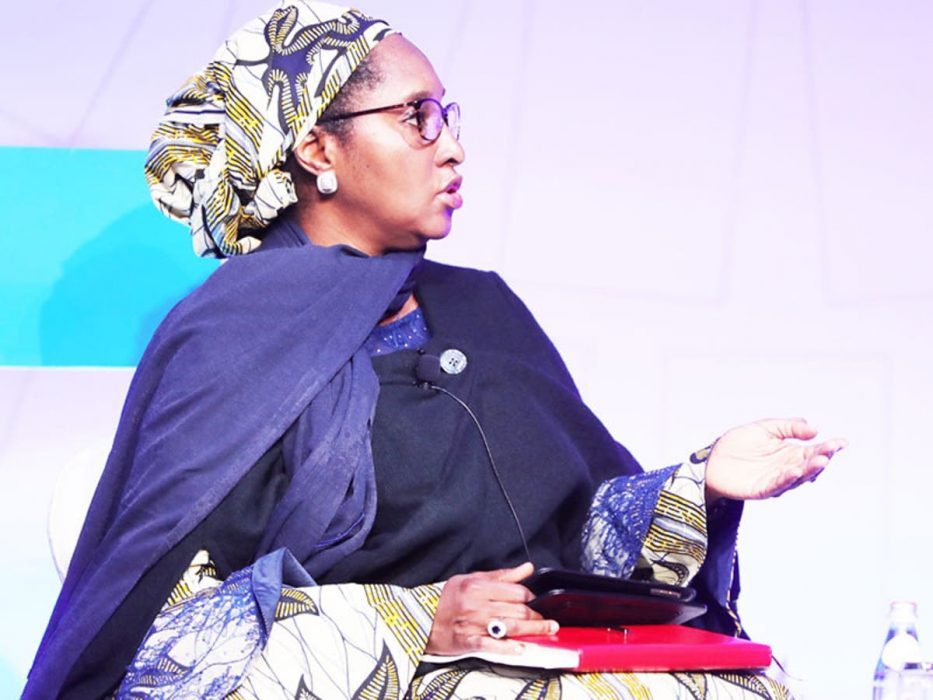 Nigeria’s Minister of Finance, Budget and National Planning, Mrs. Zainab Ahmed on Monday said the federal government was proposing an aggregate expenditure of N19.76 trillion for the 2023 fiscal year.

The minister made this known at the 2023-2025 Medium Term Expenditure Framework and Fiscal Strategy Paper (MTEF/FSP) interaction with the House of Representatives Committee on Finance.

She however said she may not be able to make provision for treasury-funded capital projects in the 2023 fiscal year.

Ahmed also said the budget deficit for the 2023 fiscal year may be between N11.30 trillion and N12.41 trillion, depending on the choice that would be made by the federal government on the issue of fuel subsidy payment.

She stated that the federal government was projecting total revenue of N8.46 trillion, out of which N1.9 trillion was expected to come from oil-related sources while the balance would come from non-oil sources.

Ahmed explained that the benchmark crude oil price was pegged at $70 per barrel and at an exchange rate of N435.57 to a dollar, oil production was put at 1.69 million barrel per day, real Gross Domestic Product (GDP) growth was projected at 3.7 per cent while inflation was put at 17.16 per cent in the MTEF.

She said petrol subsidy would remain up to mid-2023, based on the 18-month extension announced earlier in 2021, in which case only N3.36 trillion would be provided for it in next financial year.

The minister also pointed out that Nigeria has been able to consistently without defaulting, service her debt, adding that the country does not have any projections even in the near future, to fail in its debt obligation.

Speaking further, Ahmed said although the amount currently used to service the country’s debt had overshot what was appropriated for in the budget, measures have been put in place to manage the situation.

While lamenting that revenue generation had remained a major fiscal constraint for the country, she said efforts would however focus on improving tax administration and collection efficiency.

She added that there would be tighter enforcement of the performance management framework for Government Owed Enterprises (GOEs) that would significantly increase operating surplus/dividend remittances in 2023.

“The budget deficit is projected to be N11.30 trillion in 2023, up from N7.35 trillion in 2022. This represents 5.01 per cent of the estimated GDP above the three per cent threshold stipulated in the Fiscal Responsibility Act (FRA), 2007.

“This deficit level assumes that petrol subsidy reform will be implemented from mid-2023 in line with the timeline for suspension thereof. The draft 2023-2025 MTEF/FSP has been prepared against the backdrop of continuing global challenges occasioned by lingering Covid-19 pandemic effects, as well as higher food and fuel prices due to the war in Ukraine.

“Crude oil production challenges and PMS subsidy deductions by NNPC constitute a significant threat to the achievement of our revenue growth targets; as seen in the 2022 Performance up to April.

“Bold, decisive and urgent action is urgently required to address issues of revenue underperformance and expenditure efficiency at national and sub-national levels.

“The Nigeria economy has despite these challenges sustained its recovery from recession for the sixth quarters. While Q1 2022 was 3.11 per cent, this has appreciated to 3.54 per cent in the second quarter of 2022. Most sectors of the economy record positive growth.”