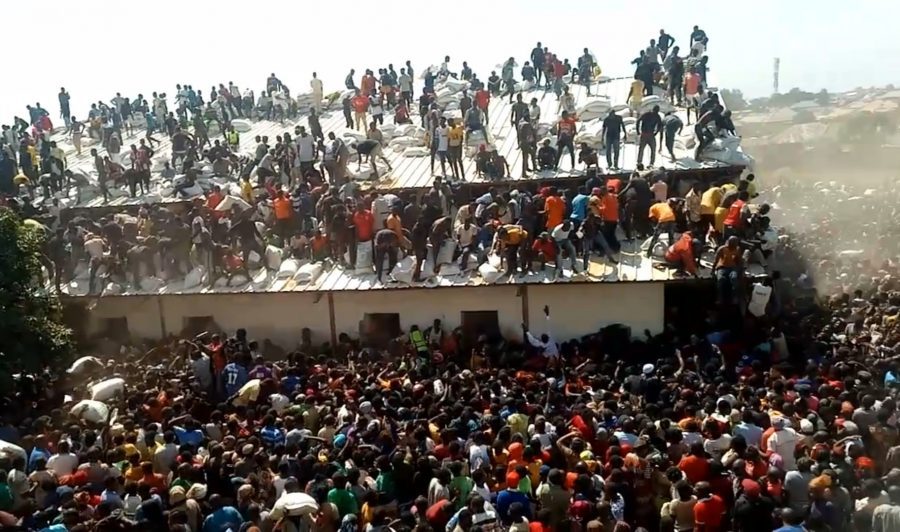 The Civil Society Legislative Advocacy Centre (CISLAC) has described the recent hoarding of palliatives meant for indigent Nigerians following the outbreak of coronavirus as scandalous.

In a statement signed by Auwal Ibrahim Musa, executive director, CISLAC, the group called for accountability and transparency in the disbursement of the items.

It noted that the statement was prompted by the worrisome discovery of undistributed palliatives, which were kept in various warehouses in most states across the country.

“We find it scandalous that these materials donated by groups of well-meaning Nigerian businesspersons, corporate entities, development partners and others, under the Coalition Against COVID-19 (CACOVID) were left inexplicably undistributed by the federal, state and local governments, and in some cases these items got expired while others got rotten and thereby not fit for consumption.”

Since the start of the pandemic, CISLAC has been in the forefront demanding for transparency and accountability in the distribution of the palliatives in the context of the devastating economic impact of the Covid-19 pandemic.

“Part of the demands by CISLAC was the involvement of stakeholders – both state and non-state actors – which would have included genuine CSOs, community-based organisations, religious institutions and anti-corruption agencies that would have forestalled the current crisis faced by the country emanating from the undistributed palliatives.

“Current distrust of the population, social disorder and raids on government and private property is a consequence of non-existent transparency and communication to the public about government’s measures taken to combat the pandemic.

“We therefore resolutely reiterate the demand for a transparent and verifiable system of the distribution of the palliatives so that the public can trust the government.

“We demand that the states that are yet to distribute their palliatives to emulate the few states that have distributed essential goods to the citizens judiciously.

“We urge government officials, lawmakers and others, to resist justifying personal and institutional failures with laughable and discredited excuses,” the statement noted.

“Once again, we urge the government at all levels to include community and religious leaders, genuine civil society organisations and representatives from the media in the future disbursement of palliatives to ensure transparency in the process.

“Both the National Assembly and anti-corruption agencies must investigate why the palliatives were not distributed in a timely and transparent manner to the target vulnerable groups.

“CISLAC unequivocably condemns the actions of some individuals who took advantage of the peaceful protest to raid public and private properties. Their actions are totally criminal as it cannot have any justification.

“It is important to draw a line between peaceful pro-testers, who want security sector reform to save lives of harassed citizens and accountable governance and the hoodlums who have infiltrated these protests and are unleashing mayhem in different parts of the country.

“We see all of these scenarios as a lapse in governance at one point or the order,” CISLAC said.

While acknowledging gaps in governance, the civil society totally rejected the call by some groups asking that Nigeria be sanctioned by the international community, saying this would bring untold hardship and compound the economic woes that are bedevilling the country presently. “This call smacks of shortsightedness and is totally unpatriotic.

“We commiserate with the families of Nigerians, including innocent security personnel who lost their lives, and in some cases properties during the protest and aftermath of the protest.

“We pray that God will grant the families the fortitude to bear the loss. “In conclusion, we request that the government and security actors ensure security of citizens by respecting the rights of genuine protesters while arresting miscreants who are bent on theft and vandalism,” the statement read.