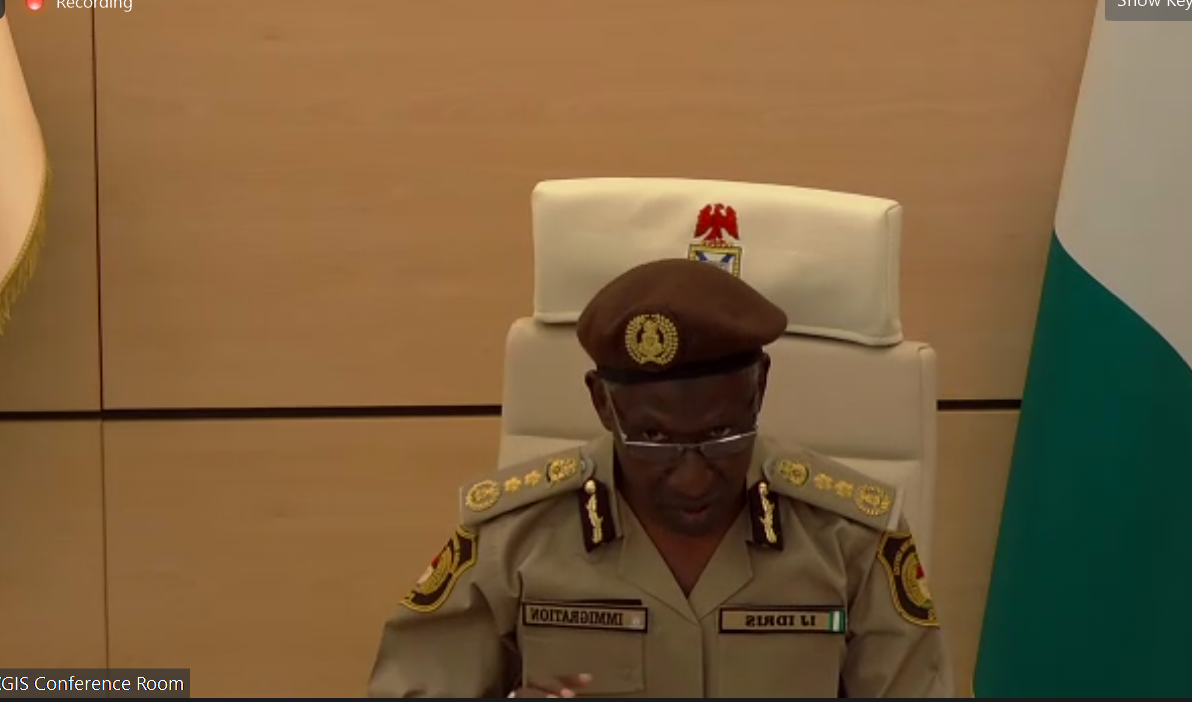 The Comptroller-General of the Nigerian Immigration Service (NIS), Isah Jere Idris has said that all records of Nwamini David, who was alleged to have been trafficked to the United Kingdom for organ harvest, is above 21 years of age.

Mr. Idris, stated this on Sunday during a virtual engagement with media editors across Nigeria, where he noted that David, who is at the centre of an ongoing investigation as the victim of organ harvest is the UK, tendered all valid requirements to apply for his passport in 2021.

The case of David had become a media sensation, particularly on the social media after former Senate President, Ike Ekweremadu who is still representing Enugu West Senatorial District, and his wife, Beatrice were arrested by the UK Metropolitan Police on Tuesday, for conspiracy to harvest organs of Mr David, considered by the UK authority as a minor.

Thereafter “he visited the Gwagwalada office of Immigration in Abuja with his birth certificate issued by the National Population Commission, National Identification Number (NIN) and a letter of indigineship from the Ebonyi State Liason office confirming he is from the state.”

The Comptroller-General of Nigeria Immigration Service said all the available information provided by Ukpo Nwamini David showed that he was born on October 12, 2000.

“The Nigerian Immigration service relies on information and documentation from other government agencies like National Population Commission and the National Identification Management Commission,” he added.

The Immigration boss, therefore, appealed to the public to know that as a Nigerian, David was validly issued a Nigerian international passport.

Asked if the British Government or the National Assembly has contacted the Immigration office regarding the case of David, the Comptroller-General said nobody had contacted the service.

While the controversies continue to trail the case, Senator Ike Ekweremadu and his wife, Beatrice, are being remanded in custody in London since Thursday July 23, charged with plotting to have a 15-year-old boy (Ukpo Nwamini David) taken into the United Kingdom to harvest his organs for their daughter, Sonia, who is battling with a kidney problem.