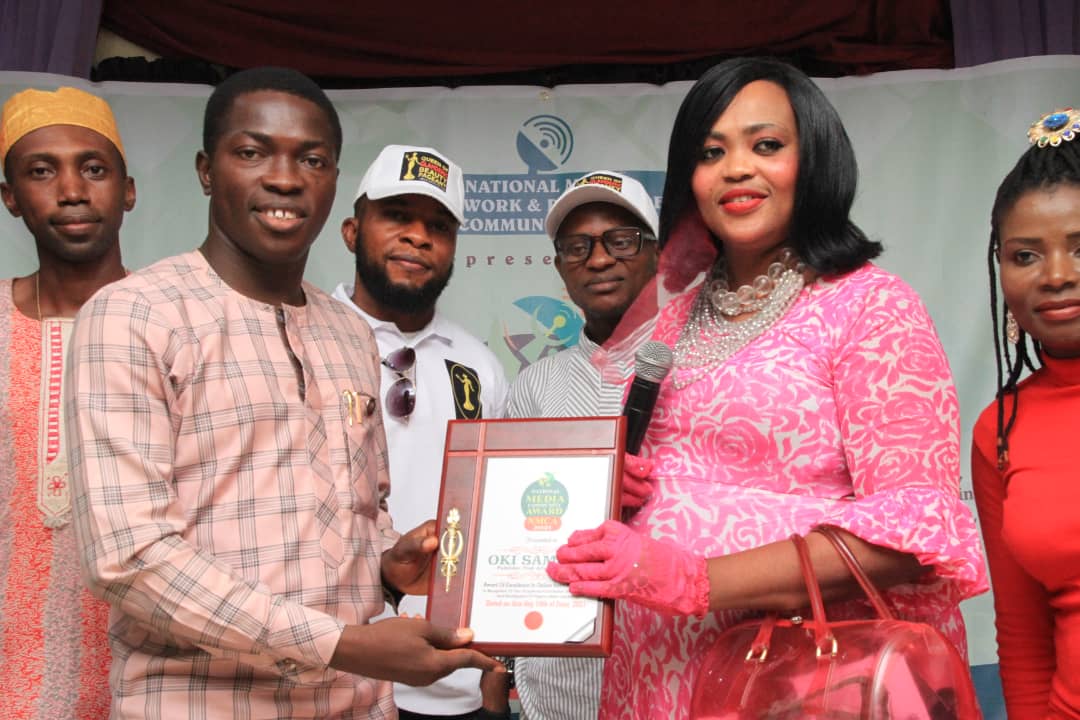 It is a season of recognition and commendation for the National President of the National Association of Online Security News Publishers, (NAOSNP) and Trek Africa Newspaper’s Publisher, Oki Samson.

The media sensation and PR strategist has he bagged two prestigious awards over the weekend. The first ‘Award of Excellence in Online News Publishing’ was given for his exceptional contribution to Nigeria media by the National Media Community Award, NMCA 2021.

Oki’s second award in the week, ‘Safety Medal of Humanitarian Support’ was given for his contribution to reportage of safety and security news by the ‘Safe at School Safety Initiative’

Others are the Lagos State Commandant, Nigeria Security Civil Defense Corps, Commandant PK Ayeni, Commissioner of Police, Lagos State Command, CP Hakeem Odumosu and a host of other deserving Nigerians who has over time excelled in their fields of endeavor and have through integrity, hard work and unyielding commitment contributed to the national development.

Oki’s second award in the week, ‘Safety Medal of Humanitarian Support’ was given for his contribution to reportage of safety and security news by the ‘Safe at School Safety Initiative’.

His consistency to doing what one knows to do best; his intentionality to seeing through a planned course of action; his painstaking effort to ensuring that the best foot is put into every aspect; his eye for detail in fashion, outlook, and personal grooming; his adroit prowess to portraying the clientele the best way possible, his cerebral nature at holding meaningful and productive conversations; his commitment to the fact that hard work pays after all; and his knack for delayed gratification is simply few of the exemplary characters that have distinguished him among a generation of media personalities that are wont to play a fast one for quick gains. This is what has made Oki Samson one of Nigeria’s youngest and brightest media generals.

It should be noted that he is the brain behind the highly profiled annual Trek Africa National Discourse (TAND), Trek Africa Real Estate Summit and Expo, and Trek Africa Entrepreneurship Conference (TAEC) – all of which have become veritable platforms for charting innovation for enterprise development, industry growth, and nation building.

The Publisher of Trek Africa Newspaper, Mr. Oki doubles as the incumbent President, National Association of Online Security News Publishers (NAOSNP). A reputable and credible association of Journalists and Publishers covering security and other allied beats across the Nation.

Related Topics:Trek Africa
Up Next

Professor Oluwatoyin Ogundipe: An Enigma At 61