States received over N2trn in bailouts from Buhari administration 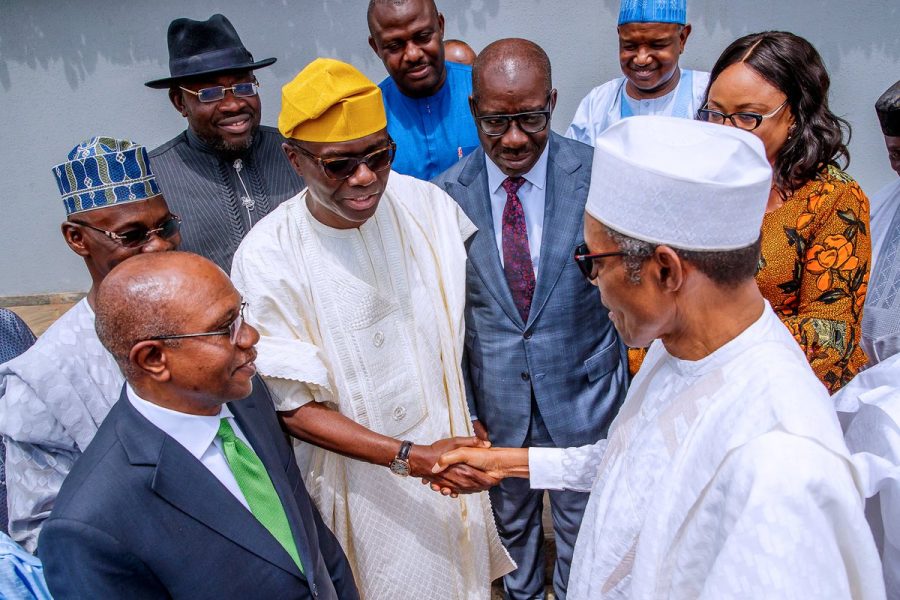 States received over N2trn in bailouts from Buhari administration

The federal government has disclosed that so far, the current administration had extended more than N2 trillion in bailout packages to state governments to enable them meet their salary and pension obligations.

The government said these in a titled ‘President Buhari Administration at Six’ obtained from the Federal Ministry of Finance, Budget and National Planning in Abuja.

The government said the bailout and support fund became imperative in the face of dwindling oil revenues in the first three years of the regime.

The government stated that the support came in the form of Budget Support Facility of N614 billion that was extended to the states and Paris club refunds of $5.4 billion.

It said other forms of support included loan restructuring for facilities with Deposit Money Banks.

The government explained that in 2015, the Debt Management Office restructured DMBs’ loans with a total value of N575.52bn for 23 states to reduce the debt service burden on the states.

“In exchange for their loans to state governments, the banks were issued 20-year FGN Bonds at a yield of 14.83 per cent per annum,” it stated in the document.

The government added that the restructuring exercise benefited the states through reduction in the monthly debt service burden of states from between 55 per cent to 97 per cent for various states.

It said the beneficiaries also gained interest rate savings ranging from three per cent to nine per cent per annum; longer repayment period for the loans now converted into bonds; and, freeing up of needed cash to run the machinery of government.

In addition, federal government said it had refunded over N700 billion to state governments for the development of federal infrastructure across all states of the federation, adding that it made the refunds to the states over the past six years.

Under the section on support to states that focused on infrastructure loans and refunds, the government said it had made ‘more than N700 billion in refunds for federal road projects embarked upon by state governments’.

Related Topics:bailoutBuhari administration
Up Next