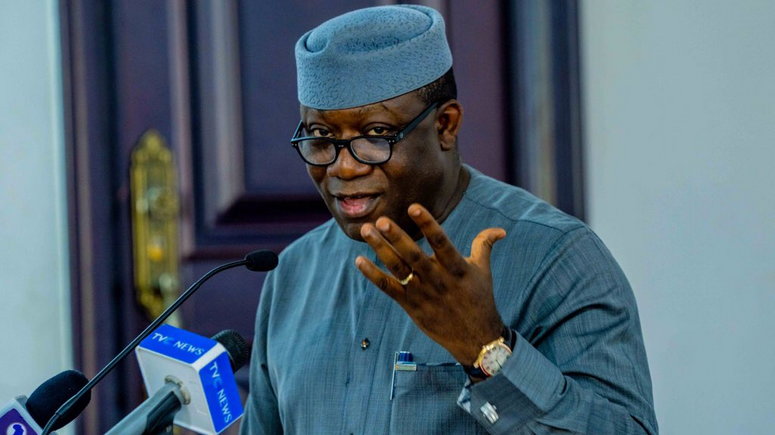 The Ekiti State Governor and Chairman of the Nigeria Governors’ Forum, Kayode Fayemi, has been elected as the president of the Forum of Regions of Africa.

Governor Fayemi was elected on Friday in an election held in the city of Saidia in Morocco, Vanguard reports.

The first edition of the FORAF is being held in Morocco from September 8 to 10 under the auspices of His Majesty, King Mohammed VI.

According to Vanguard, the Forum is organised by United Cities and Local Governments of Africa, in collaboration with the Association of Moroccan Regions, the Council of the Oriental Region and the Directorate General of Territorial Collectivities of the Ministry of the Interior of the Kingdom of Morocco.

The meeting, which is tagged, ‘The contribution of Regional Governments to the sustainable development and to the dynamics of integration of Africa’, is reportedly an implementation of decisions taken by the General Assembly of the UCLG Africa during the 8th edition of the Africities Summit, which was held in Marrakech in November 2018, Vanguard says, quoting President of the UCLG Africa, Mrs. Fatimetou Malick.

Vanguard reports that the Forum brings together for the first time Presidents of regions, counties and federal states of more than 20 African countries that have a second level of decentralised territorial government, including Nigeria, South Africa, Burkina Faso, Cameroon, Côte d’Ivoire, Kenya, Madagascar, Mali, Niger, etc.

More than 400 participants are currently participating.