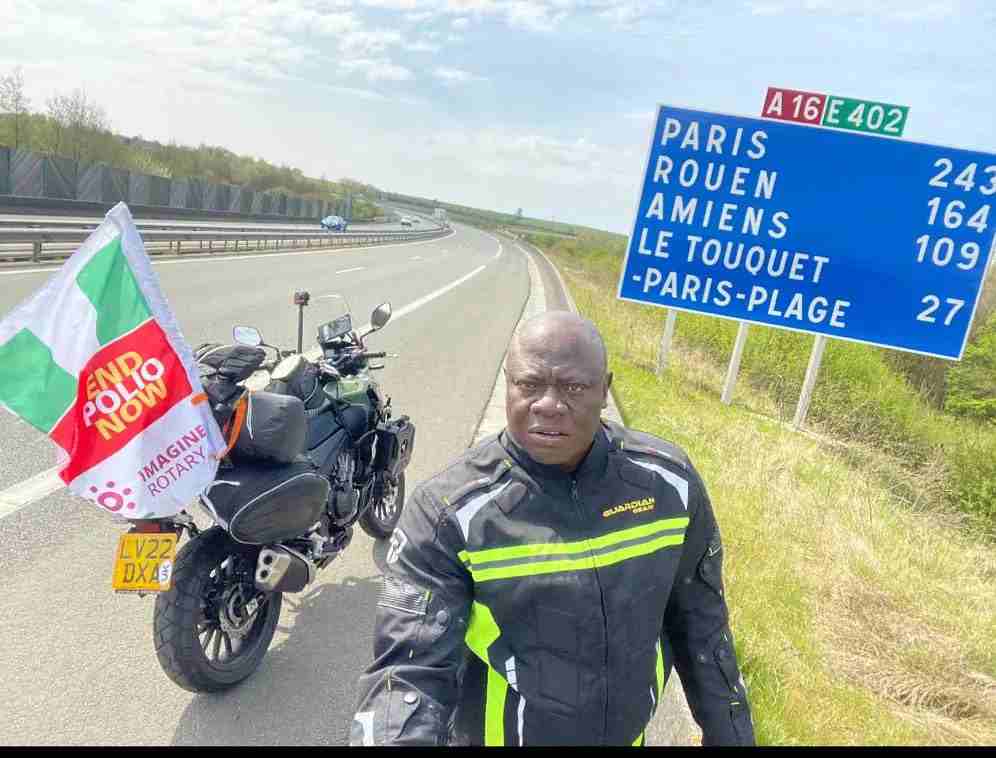 London-based Nigerian, Kunle Adeyanju has announced that he has finally reached Burkina Faso on his novel journey on motorcycle from London to Lagos, Nigeria.

On Sunday, Adeyanju encountered a challenged as he was denied entry into Cote de’voure on his novel journey to the most populous country in Africa, Nigeria.

Kunle Adeyanju who took to his Twitter account on Sunday to post a picture of himself at the Ivory Coast border with the caption “Denied entry into Cote d’Ivorie, had to turn back….. Sad!      Nigerian embassies on it”.

In a swift reply to the tweet, the chairman, Nigerians in Diaspora Commission, Abike Dabiri-Erewa assured Adeyanju that the Nigerian mission in Cote D’ivorie will resolve the issue.

In the comment section, Abike Dabiri-Erewa mentioned that the Nigerian mission had established contact with the country, giving Adeyanju a green light to continue his journey to Nigeria.

“Our Nigerian mission in Côte d’Ivoire should be able to resolve it. And I hope you also officially involved the embassy of your trip, though we read of your journey in the media. Best wishes and journey mercies on this historic journey,” She wrote.

Our Nigerian mission in Côte d’Ivoire should be able to resolve it . And I hope you also officially involved the embassy of your trip, though we read of your journey in the media . Best wishes and journey mercies on this historic journey https://t.co/PetRYfSqnI

It has been 27 days of solitary riding for Adeyanju who announced his intention to embark on a novel journey from London to Lagos using a power bike.

Kunle commenced his courageous journey on April 19th and there have been several twists and turns in the journey which many have hailed.

One of the challenges faced by Kunle Adeyanju was his rear wheel that got damaged at a point. He noted that he might sell off his motorcycle when he gets to Lagos and donate the proceeds to charity.

Mr Kunle also known as the Biker said the sum of N124k was extorted from him by police officers and louts at Mauritania. Even though he said he refused to pay, he eventually parted with the money when his bike was seized.

Related Topics:Kunle Adeyanju
Up Next