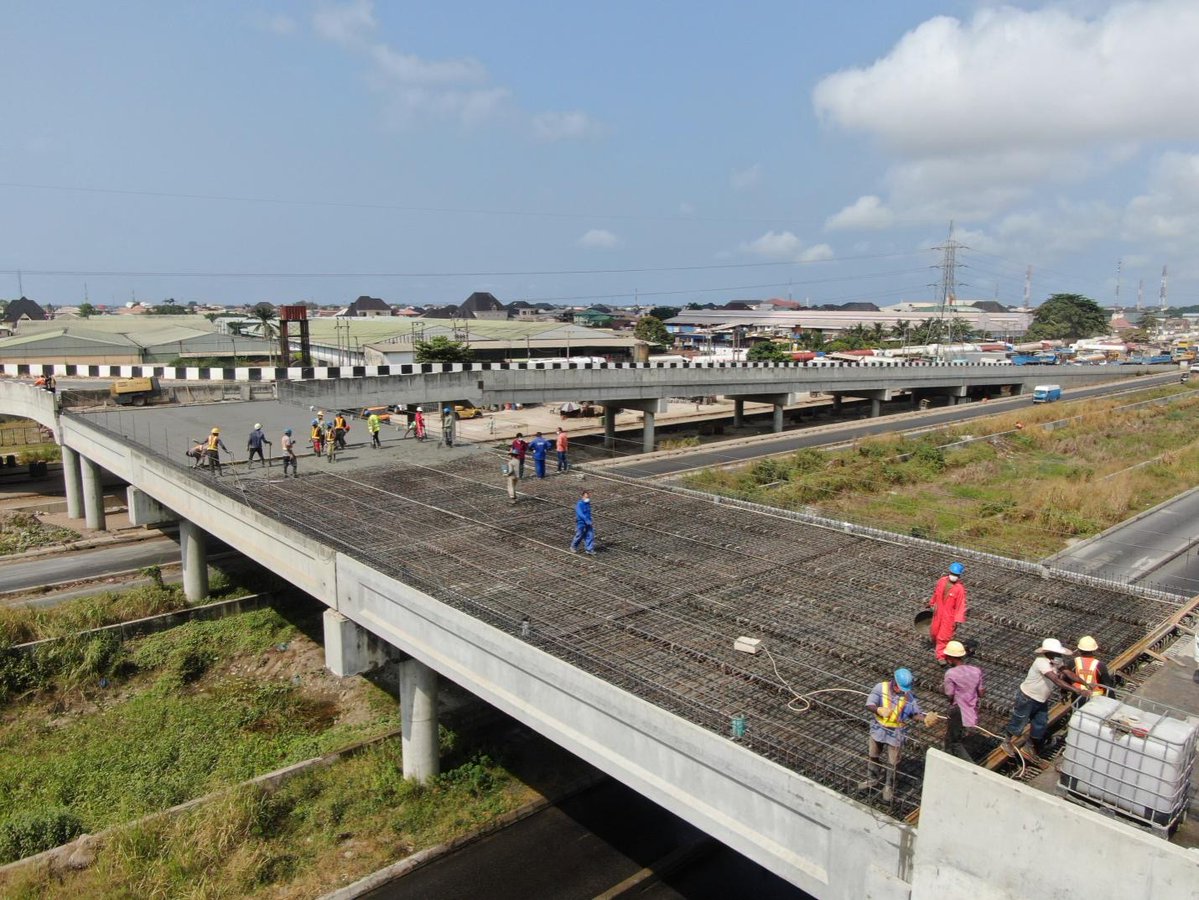 Nigeria’s Minister of Works and Housing, Babatunde Raji Fashola has urged the contractor handling the 1,048-kilometre Lagos-Badagry expressway to accelerate work on the critical project.

Speaking during his working inspection tour of the ongoing rehabilitation and expansion of the road, the minister advised the China Geo-Engineering Corporation (CGC) Nigeria Limited to employ more staff and get more equipment to site before the weather conditions deteriorate.

“The main problem on the Lagos–Badagry expressway project was always funding and budget. Now that has been substantially addressed with the Nigerian National Petroleum Corporation (NNPC) Road Infrastructure Tax Credit Scheme and the contractor is progressing with the project.

‘’The Lagos –Badagry road is part of the Lagos –Abidjan highway which is about 1,048 kilometres. It is also a very strategic investment Nigeria is making as Nigeria’s contribution to West African trade and also for the local community,” he explained.

During the inspection, while interacting with the Oni Ibereko of Ibereko 1, Oba Israel Okoya, Fashola urged the monarch to discourage some members of the communities from carting away construction materials.

He added that the materials were meant for the road embankment but have been taken away for personal use, urging him to tell his subjects in the area to stop trading by the roadside.

While speaking, Okoya said the completed portion of the road had brought succour to the people, explaining that in the past, Badagry to Agbara which was a journey of about four to five hours, has been reduced to less than 30 minutes.

The monarch assured the minister that he would have meetings with his fellow chiefs and elders in the communities to ensure that the people stop trading by the roadside, stressing that those carting away building materials would be handed over to the police.

Meanwhile, the federal government has reaffirmed its commitment to completing the ongoing rehabilitation of the Odukpani-Itu-Ikot Ekpene road in Cross River and Akwa Ibom States.

The Director, Highway Construction and Rehabilitation in the ministry, Folorunsho Esan, according to a statement, spoke during the inspection of work on the 83.3-kilometres road being handled by Julius Berger, SERMATEC and CCECC companies.

He called on the state governments to prevail on their people who have structures on the right of way to remove them in order not to frustrate the effort of the contractors.

He added that funding was not a problem, as the road is similarly being financed by the NNPC under the tax credit scheme.

Similarly, on the inspection of the East-west road, at the Akwa Ibom axis, he stated that it will be open for traffic soon.

“The contractor is working on the bridge so that it can open up traffic in order to work on the other side of the road and they have said it will take them eight weeks and we are taking them by their words, ” he said