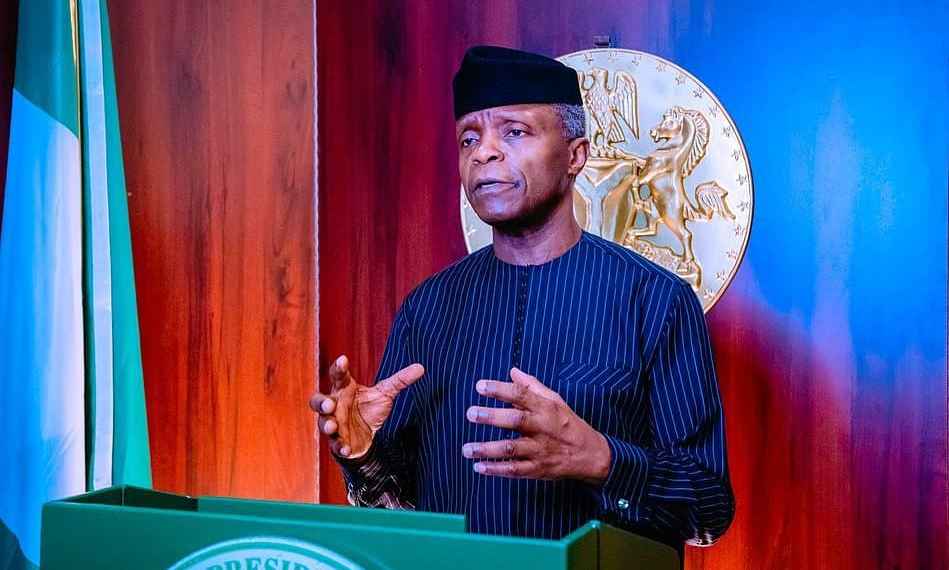 Vice President Yemi Osinbajo has said that in a bid to close the infrastructural gap in the private sector, the Federal Government invested an estimated N300 billion in the sector in 2021.

In his keynote address at the inauguration of the Bankers House in Abuja on Thursday, Osinbajo also disclosed that the government had invested N1 trillion seed capital to launch the N15 trillion InfraCo project.

The Bankers House is an edifice erected by the Chartered Institute of Bankers in Nigeria (CIBN) to house its Abuja office.

The VP disclosed all these while emphasising the importance of the private sector to the growth of the Nigerian economy.

According to him, the success of the development programmes and reforms of the government are largely reliant on the private sector, adding that the government is willing to do whatever it takes to support the sector.

The VP said, “The Federal Government has stepped out in front with robust investment in critical infrastructure, roads, rail, power, and broadband connectivity.

“Last year, in our bid to close the current infrastructure deficit we invested an estimate of N300 billion. So we invested in Infraco which I am sure you have all heard about.  InfraCo is supposed to be an N15 trillion enterprise and we put in N1 trillion seed capital at the moment.

“The implementation of that plan is expected to be supported by a range of fiscal and monetary policies and includes a more intentional promotion of productivity and value addition.”

He also lauded the CIBN for its contribution to the growth of the Nigerian banking sector and by extension the private sector, and for the establishment of the house.

On his part, the Chairman, CIBN, Bayo Olugbemi, said the new edifice would not only house the institute’s Abuja office but also the permanent secretariat of the Alliance of African Institute of Bankers.

He added, “The building which will be equipped with state-of-the-art ICT facilities will feature a learning/incubation hub, a banking hall, multipurpose hall, and a training facility sponsored by Nigeria Deposit Insurance Corporation which will be available for use by various organisations for the training of their staff.

Olugbemi disclosed that spaces were available for branding, and called on the banks and other corporate bodies to pick up available spaces to project their brands.

Nigeria Economy will benefit from the SEPLAT and ExxonMobil deal, says Wood Mackenzie