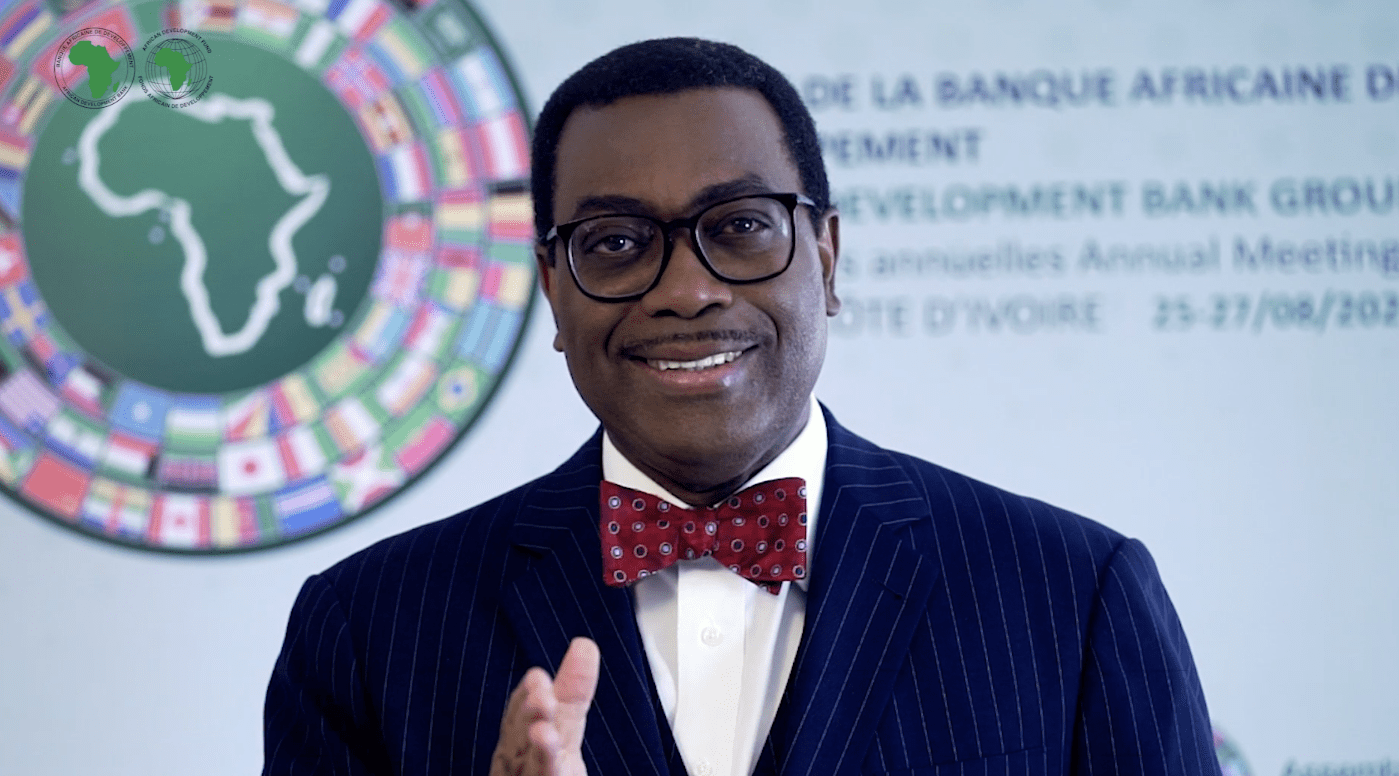 The president of the African Development Bank (AfDB), Akinwumi Adesina has finally broken silence on spreading speculations that he is bidding for the 2023 presidential race.

He dismissed the peculations as he ruled out contesting for the office of president of Nigeria is the 2023 Presidential election.

Speculations were rife that Adesina would join the presidential race ahead of the 2023 elections.

The speculation was heightened when some support groups reportedly purchased and submitted the nomination form of the All Progressive Congress (APC) on behalf of Adesina.

Also, his name was conspicously among aspirants formally recognised to contest the APC presidential primaries between May 30th and June 1st 2023 reportedly forwarded to the Independent National Electoral Commission (INEC).

However, in a statement on Tuesday, Adesina said he is not running for president, adding that his “responsibilities at this time do not allow me to accept to be considered.”

The AfDB president noted that he remains fully engaged and committed to the mission that Nigeria, Africa and all the non-African shareholders of the African Development Bank have given him.

“I have been extremely humbled by several calls from Nigerians at home and abroad that I should consider running for the office of the President of the Federal Republic of Nigeria. I am very touched by all who have gone to great extent, with such huge sacrifices, of their own volition, to consider me worthy to be proposed for potential consideration,” the statement reads.

“The coalition groups of youth, women, farmers, physically challenged and well-meaning Nigerians that have done this have expressed their genuine free will, political right, freedom of expression and association for my consideration, with the interest of Nigeria at heart. While I am deeply honored, humbled and grateful for all the incredible goodwill, kindness, and confidence, my current responsibilities at this time do not allow me to accept to be considered.

“I remain fully engaged and committed to the mission that Nigeria, Africa and all the non-African shareholders of the African Development Bank have given me for Africa’s development. I remain fully focused on the mission of supporting the accelerated development and economic integration of Africa. May God bless the Federal Republic of Nigeria.”

Before his current role as AfDB president, Addesina served as the minister of Agriculture under former president Goodluck Jonathan.

He has also served as the Vice President, Policy and Partnerships, Alliance for a Green Revolution in Africa (AGRA); President of the African Association of Agricultural Economists;

Prior to that, he worked with African Heads of State and Ministers of Finance, leaders in the commercial banking industry and Central Bank Governors across several African countries, as well as Senior Economist and Social Science Coordinator for the International Institute for Tropical Agriculture.

Related Topics:AfDbAkinwunmi Adesina
Up Next

I Will Not Retire Until I Become The president— Tinubu