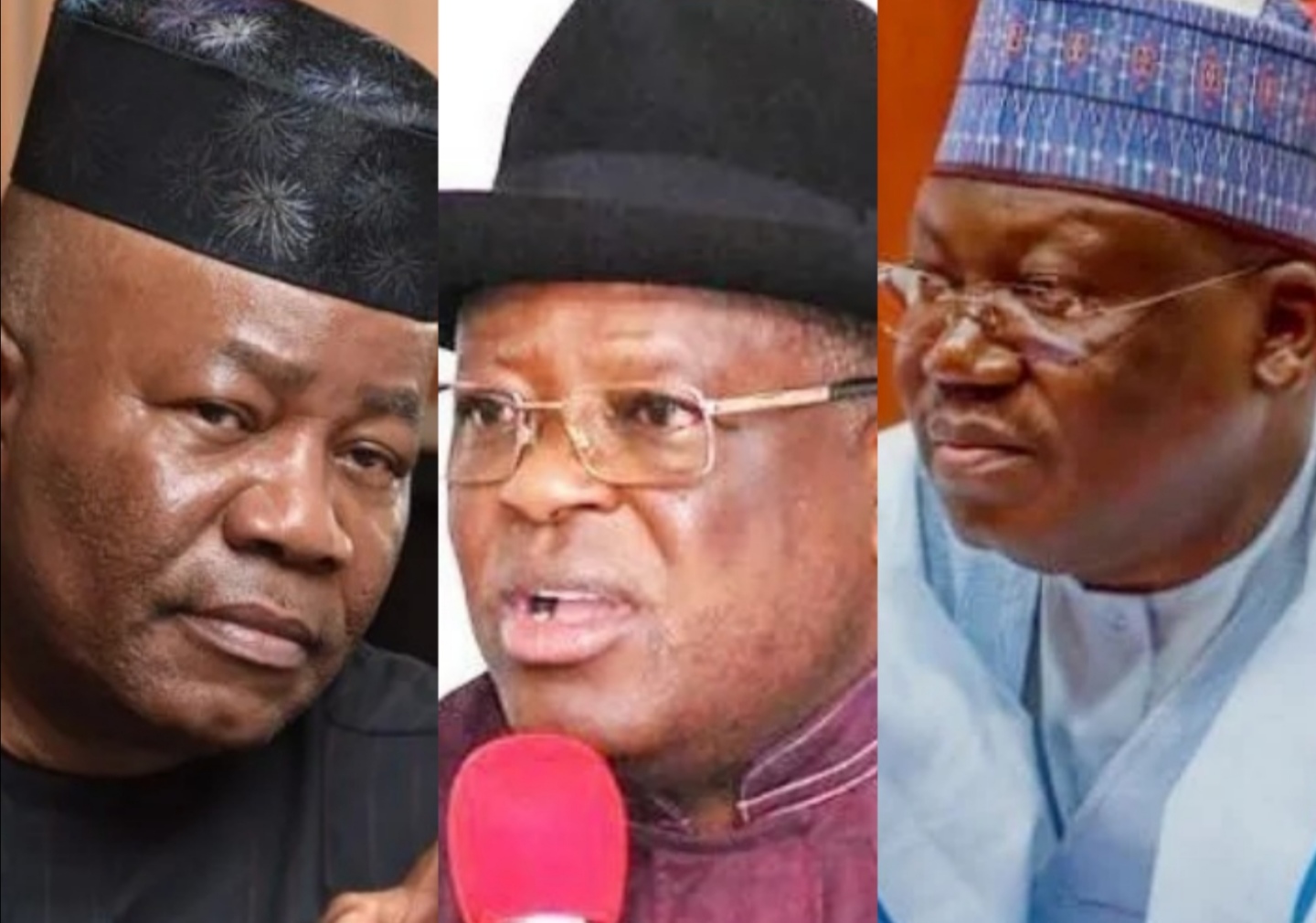 The Independent National Electoral Commission (INEC) has maintained its position for not recognizing three APC bigwigs as senatorial candidates for the forthcoming 2023 election.

The electoral body on Friday published the particulars of the presidential candidates, vice presidential candidates, senatorial and House of Representatives candidates for the 2023 elections with the names of Ebonyi State Governor, Dave Umahi, the President of the Senate, Ahmad Lawan and that of the former Minister of Niger Delta Affairs, Godswill Akpabio, missing on the senatorial list.

Also Friday, INEC explained why some of the names submitted by the political parties were missing from the list published by the commission.

Lawan, Akpabio and Umahi, had been listed by the All Progressives Congress (APC) as candidates for Yobe North, Akwa Ibom North-west, and Ebonyi South senatorial districts, respectively.

All three had also contested the APC presidential ticket and lost.

But the leadership of the party decided to compensate them with the senatorial tickets in a manner not transparent.

It is believed that the three men were excluded on the list placed in various constituencies of the elective positions, because they did not emerge through validly conducted primary elections.

Lawan, who obviously did not participate in the Yobe North primary election had his name sent to INEC by the APC at the expense of Bashir Machina, who won the primary.

In Akwa Ibom State, an earlier primary election held on May 27 had produced Udom Ekpoudom, a retired Deputy Inspector-General of Police.

But the APC dumped Ekpoudom and allowed an illegal fresh primary that produced Akpabio.

Umahi also had a primary election that produced his brother cancelled for a fresh one, but it was not recognized by INEC.

“Lawan, Umahi and Akpabio are not on the list. I can confirm that to you.

They did not emerge through valid primaries and so, we can’t accommodate them,” a top INEC official told THISDAY Friday night.

Ekpoudom and Machina were also not listed by INEC for the elections.

Speaking Friday on a television programme, INEC’s National Commissioner, Festus Okoye, said the commission was not under obligation to publish the names of candidates submitted by political parties if there are questions over the validity of primaries featuring such candidates.

He said: “If you look at section 29 (1) of the Electoral Act 2022. Section 29 says ‘every political party shall not later than 180 days before the date appointed for a general election under this act submit to the commission in the prescribed forms, the list of the candidates they are proposing to support at the election, who must have emerged from valid primaries conducted by the political parties.

“We open the portal — what we called ‘candidate nomination portal’ — and we give an access code to the national chairman of each of the political parties that conducted primaries with which they upload the list and personal particulars of their nominated candidates.

“So, if a political party has uploaded the list and personal particulars of a candidate that did not emerge from valid party primary, INEC is not under a constitutional and legal obligation to publish the particulars of such a candidate.”

The INEC spokesperson added that a candidate who was validly nominated at the primary but whose name was excluded by the party can seek redress from a competent court.