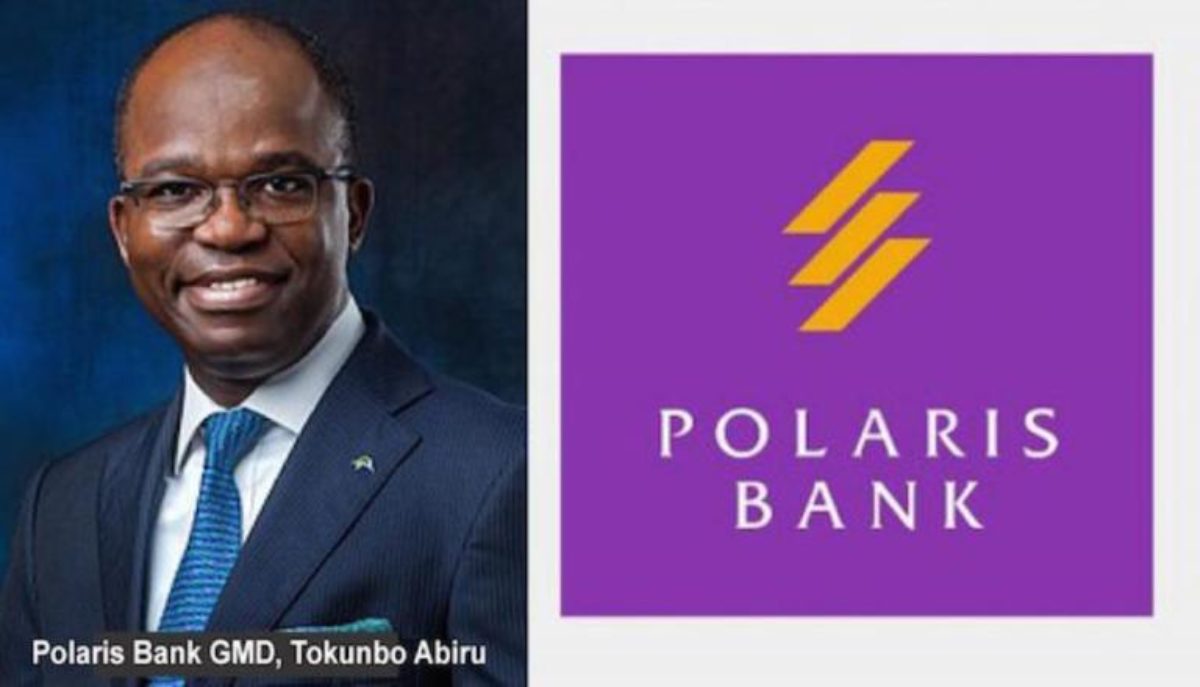 His exit from the bank is effective August 31, 2020, having successfully completed his second two-year tenure at the helm of the Bank.

In his farewell message to the staff of the bank, Abiru explained that having served meritoriously in the banking industry for nearly three decades, he had resolved to retire to enable him contribute his quota in other areas of the society.

Sharing his scorecard while serving as the CEO of the bank, he noted: “It gives me great pleasure to say that, with the support of the board, executive management and all of you, we have delivered on the mandate given to us by the Central Bank of Nigeria (CBN) upon assumption of office in 2016.”

Going down memory lane, he reminded staff of the Bank’s poor state before he assumed office in 2016 as the Group Managing Director of the erstwhile Skye Bank.

He noted that all prudential ratios were out of compliance with regulatory requirements, Capital was negative, and the loan book was mostly delinquent, while liquidity faced deposit attrition.

Furthermore, he stated that the IT infrastructure was dilapidated and employee morale was low, resulting in erosion of public confidence.

He praised the staff for working with him to reverse the trend and bring about an institution that has become a compelling case study in corporate turnaround within Nigeria’s financial services industry.

In his words: “We have reversed almost all regulatory ratios for good and currently rank amongst the very best in the industry. There can be no better testament to the much-improved state of the Bank than the full year 2019 results in which the Bank posted Profit After Tax (PAT) of N27billion.

“To buttress the fact that this is sustainable, the Bank’s first half 2020 result showed a PAT of over N18 billion, despite the tremendous headwinds brought on by the COVID-19 pandemic.”

He went on to say: “We also commenced the refreshment of the Bank’s IT infrastructure, which had largely become outdated and dilapidated due to years of under-investment.

“As a result of the successful completion of the first phase of the IT Refresh Program, which consisted mainly of upgrade of the infrastructure and digital platforms, and relocation of the Bank’s Data Centres to Tier III data locations as mandated by CBN regulations and in line with global best practices, the Bank’s customers are now experiencing significantly improved service delivery.

“In addition, by introducing and committing resources to the Agency Banking model, we have contributed in no small measure to deepening financial inclusion for the unbanked and under-banked throughout the length and breadth of Nigeria.”

He restated that today’s Polaris Bank has been successfully positioned as a bank of choice in Nigeria due to the work that has been put in by the various stakeholders including the loyal customers of the bank.

On the issue of leadership succession, the GMD said, “During this period leading to my final disengagement, I will work closely with the CBN, the board of directors and executive management of our bank to ensure a seamless transition and smooth handover to my successor.”

Tokunbo Abiru was appointed the Group Managing Director and Chief Executive Officer of the then SkyeBank in July 2016.

Before his appointment, he had served in several capacities in some of the leading banks in Nigeria’s banking industry, including at one time, as an executive director in First Bank of Nigeria Plc.

Mr. Abiru has also had a brief stint in public service, having served from 2011 to 2013 as the honorable commissioner of finance for Lagos State Government under the dynamic and transformational leadership of Governor Babatunde R. Fashola (SAN).

Following the establishment of Polaris Bank in September 2018, the CBN affirmed the performance of the bank’s board of directors, and reappointed Tokunbo Abiru to lead the new bank; a position he held until opting for voluntary retirement from the Bank.

US, ESPartner, Ecobank Move To Empower 300 African SMEs With Loan