NSE slides on profit-taking, on hike in TB rates ahead of economic data 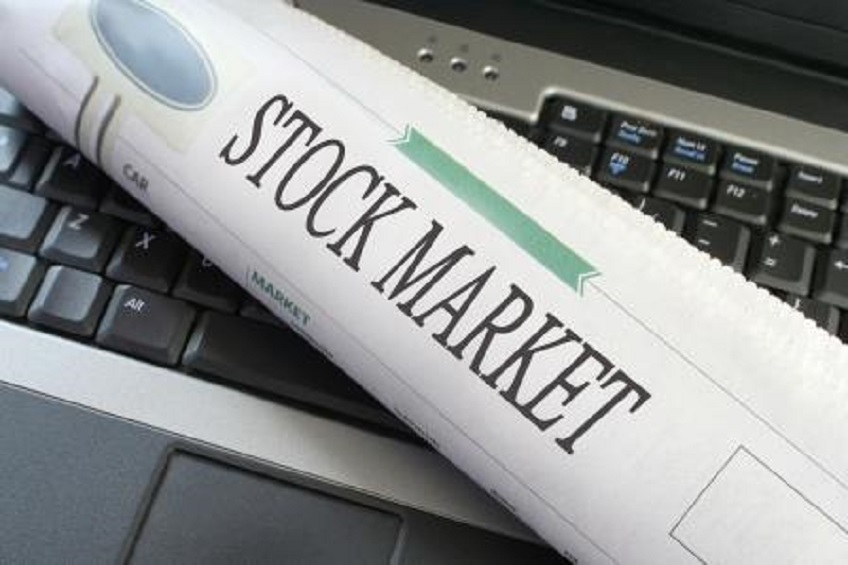 The weeks after the huge rally in November on the Nigerian Stock Exchange (NSE) has been characterized with mixed sentiments, profit-taking, and volatility that drag equity prices lower on above-average volume and negative breadth that reflected in five straight trading sessions of losses.(NSE slides on profit-taking)

Investors’ reactions to the improved money and fixed income market activities, as Treasury Bill rates inched up at the last auction during the period, pushing the benchmark All-Share index to breakdown the 35,000 basis points strong support level and 20-Day Moving Average after side trending for a few days of flat position.  The seeming improvement in market technicals on Friday shows that investors panicked less while awaiting what is to come.

The market’s daily and weekly chart reveal a brief pause in trend after being at crossroads before these pullbacks which suggests that a new trend is underway to resist the current market correction. Looking at the NSE’s index action, the market has remained between the bullish channels, indicating that a downward price reversion is now attempting to retrace up.

This attempt will be a function of market forces and sentiment in the new week when the National Bureau of Statistics (NBS) releases the November Consumer Price Index, amidst rising oil price in the international market expected to reduce the Federal Government’s budget deficit.

We note the CBN’s special interest-free 90-day Bill introduced the previous week to boost market liquidity by as much as N4.1trn, which is expected to quicken economic recovery and deepen the financial market, and eventually also trickle down to the equity market.

Notwithstanding the pullbacks, Nigeria’s equity market could rally above 20% in 2021. Investdata believes the following sectors would outperform the general market: Banking, Industrial Goods, Healthcare, Agriculture, Oil/Gas and Telecommunication, as the economy continues to bask in the euphoria of various fiscal and monetary policy efforts to reignite recovery, growth and development. 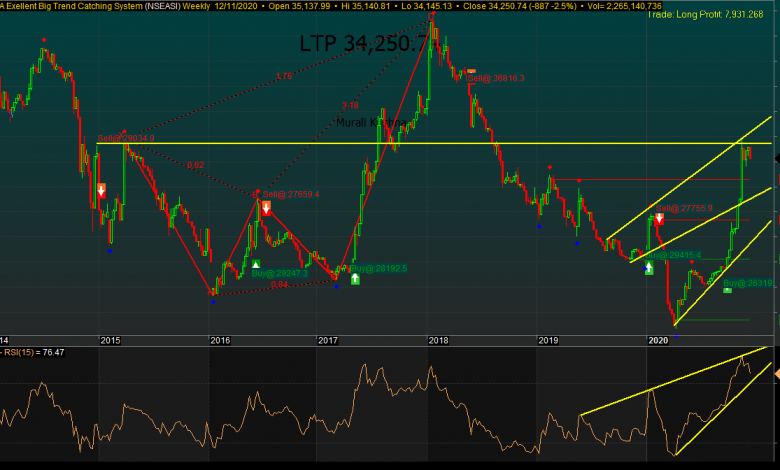 It was a bearish week of selloffs and mixed momentum as the NSE index opened the period on a negative note to range for three sessions and finally pullback in the last two trading day of the week, despite the composite index resisting decline.  This is just as corrections and pockets of bargain hunting are expected as the market enters into its seasonal trends period.

Monday’s session was down by 0.21% on profit booking and mixed sentiment, and sustained on Tuesday and Wednesday, when the key performance index closed lower by 0.09% and 0.04% respectively, reflecting a drop in losing momentum due to cautious trading. But the loss heightened to 1.27% on Thursday as investors reacted to the hike in TB rates, following which the index action broke down the recent strong support levels as many blue-chip companies suffered losses. This was extended to Friday when the NSE lost 0.94% on profit taking in industrial goods, especially Dangote Cement. This brought the week’s cumulative loss to 2.53%, from the previous week’s 0.72% gain.

Specifically, the composite NSEASI lost 887.25 basis points, closing lower at 34,250.74 basis points, after opening the week at 35,137.99 basis points, touching an intra-week low of 34,145.13bps, from its highs of 35,140.81bps. This was due to selloffs and reaction to rates adjustments in TB market during the period, just as market capitalization lost N463bn, closing at N17.9tr, from the previous weekend’s N18.37tr, representing a 2.53% deprecation in investors’ portfolios.

During the period, Niger Insurance released all it belated quarterly results for 2020, just as NEM Insurance announced bonus issue of nine new shares for every 10 held, with qualification date slated for December 16, 2020.

As usual, low cap stocks dominated the advancers’ table as selling pressure hit many high cap and growth stocks during the week, reflecting the mixed volatility and trading pattern for the period, as breadth remained negative to revealed the price corrections, pullbacks and cautious trading. In all, losers outnumbered gainers in the ratio of 46:13 on a selling pressure and mixed momentum as Money Flow Index reads 84.31bps, against 92.65 points in the previous week.

The NSE’s index action pulled back during the week while trading above the shortest moving seven-day moving average and within a bullish channel on an above-average traded volume and mixed sentiments. This is likely to reverse ahead of seasonal trend as revealed by Friday trading pattern.

Nevertheless, it is expected that the impending market correction would shave 15% off the ASI, bringing it to close between the 33,000bps and 32,000bps psychological level and 23.6% Fibonacci retracement lines to rebound powerfully.

The market’s recovery moves and bullish trend remain strong as the index still trades above the 20 and 50-Day Moving Average on a high traded volume. The strong support level to watch out for is the 33,000 region, a breakdown of which will create other ‘buy’ opportunities.

However, we envisage a mixed trend in the weeks ahead, as players’ digest the recent TB rate adjustments and the expected inflation data. Also the implication of vaccines discovery on global economy and oil prices looking beyond $50 per barrel from the March 2020 low, given that MACD remains in the bullish zone on a weekly chart. ‘sell’ volume for the period stood at 89% and buy position at 11% with total transaction index at 1.46.

The general market outlook remains mixed in the short-term; following which investors should take short and medium-term positions, while diversifying their portfolio along long-term trades to protect capital. This, they can do, by considering sectors with high upside potentials on the strength of earnings and policy influence. The recent market rally calls for caution as numbers from some companies and sectors were expectedly mixed, given the negative impact of the COVID-19 pandemic and the arson that followed the #EndSARS protests on full-year results, as revealed by the macroeconomic indices.

Transactions in volume and value terms were mixed as volume transacted was up by 35.12% to 2.27bn shares, from the previous week’s 1.68bn units, while transaction value dropped by 17.46% to N20.99bn, from N25.43bn in the previous week. Volume was driven by trades in the Financial services, Consumer Goods and conglomerates sectors, particularly stocks like Jaiz Bank, UBA, Zenith Bank, FBNH and Transcorp.

FTN Cocoa and Union Diagnostic were the best performing stocks for the week after gaining 51.72% and 16% respectively, closing at N0.44 and N0.29 each on market forces. On the other hand, Regency Assurance andUniversity Press lost 16.67% and 14.29% respectively, at N0.20 and N1.26 per share on profit taking and market forces

We expected a mixed week, as players continue to interpret the recent improved activities in money and fixed income space, also the expected economic data, coupled with the ongoing portfolio repositioning ahead of the Santa Claus, seasonal expectorations and year end window dressing.  We recommended investors to stay in stocks as the vaccine led rally in global markets and inflow of funds into equity space in emerging markets due to prevailing low interest will support equity assets.

Meanwhile, given the market correction which is evitable, being a regular behavior of stock markets after witnessing a rally. The pullbacks at this phase of market recovery will support the upside potentials. This is especially as many fundamentally sound stocks remain underpriced, while the dividend yields of major blue-chips continue to look attractive, despite the recent TB rates hike.