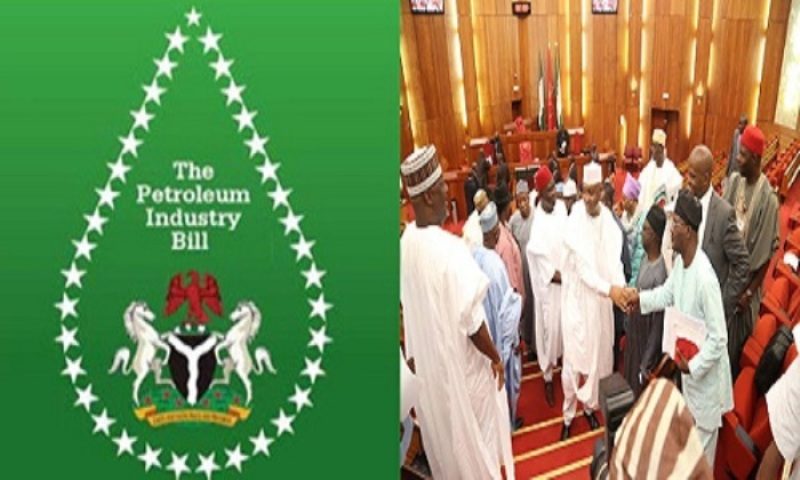 The Nigeria Extractive Industries Transparency Initiative (NEITI) has welcomed with excitement, the bold step by both chambers of the National Assembly to pass the Petroleum Industry Bill (PIB).

In a statement in Abuja on Thurday, shortly after the NASS decision, the Executive Secretary of NEITI Dr, Orji Ogbonnaya Orji described the decision of the Senate and the House of Representatives to consider the Bill as priority resulting in its eventual passage as bold, courageous and progressive. This is given the challenges the bill has passed through in its legislative journey for over fifteen years.

According to Dr. Orji, “NEITI as an agency set up to enthrone transparency and accountability in the management of extractive industries in Nigeria has demonstrated genuine and legitimate interest in the PIB from the onset. NEITI’s interest is in view of the urgency and strategic importance of a new law to replace the existing archaic legislations that have aided huge revenue losses, impeded transparency, accountability and investment opportunities in the nation’s oil and gas industry.”

Dr. Orji recalled that as an anti-corruption agency in the sector, NEITI boldly alerted the nation through a special Policy Brief “The urgency of a new petroleum sector law” that the current stagnation of investment opportunities in the Petroleum Industry was as a result of the absence of a new law for the sector. This has led to huge revenue losses to the tune of over $200billion. In that publication which was widely circulated, NEITI argued that the “revenue losses were as a result of investments withheld or diverted by investors to other (more predictable) jurisdictions.”

The publication added that “the hedging by investors stems from the expectation that the old rules would no longer apply, but not knowing when the new ones would materialise.”

In addition, NEITI Reports in the sector had also disclosed that over $10.4bn and N378.7bn were lost through under-remittances, inefficiencies, theft or absence of a clear governance framework for the oil and gas industry.

The NEITI Executive Secretary is optimistic that with the new governance law for the industry, these huge revenue losses to the nation as a result of process lapses and outright stealing will be strictly checked if not eliminated.

Furthermore, He noted that “The implementation of the global Extractive Industries Transparency Initiative which Nigeria is a key signatory, have over the years been frustrated by the absence of a dynamic law that suits modern business modules and trends in the ever evolving oil and gas industry.”

Dr. Orji expressed the hope that the PIB when assented to by the President will provide a dynamic governance framework required to re-position the Petroleum industry to fully embrace competition, openness, accountability, professionalism and better profit returns on investments to both companies and government.

He added that NEITI and its multi-stakeholders are encouraged that the National Assembly in this particular instance threw politics aside and dealt with the PIB issue with the attention it deserves in over all public interest.

The Executive Secretary also commended the media, the civil society, development partners, industry, stakeholders and experts who have followed the bill in the National Assembly for their valued contributions to what has been achieved so far.

While NEITI awaits early harmonisation and the details of the contents of the bill as passed and hoping for early Presidential consideration and assent, the transparency agency looks forward to working with its stakeholders in the industry to ensure effective implementation under the global EITI framework.