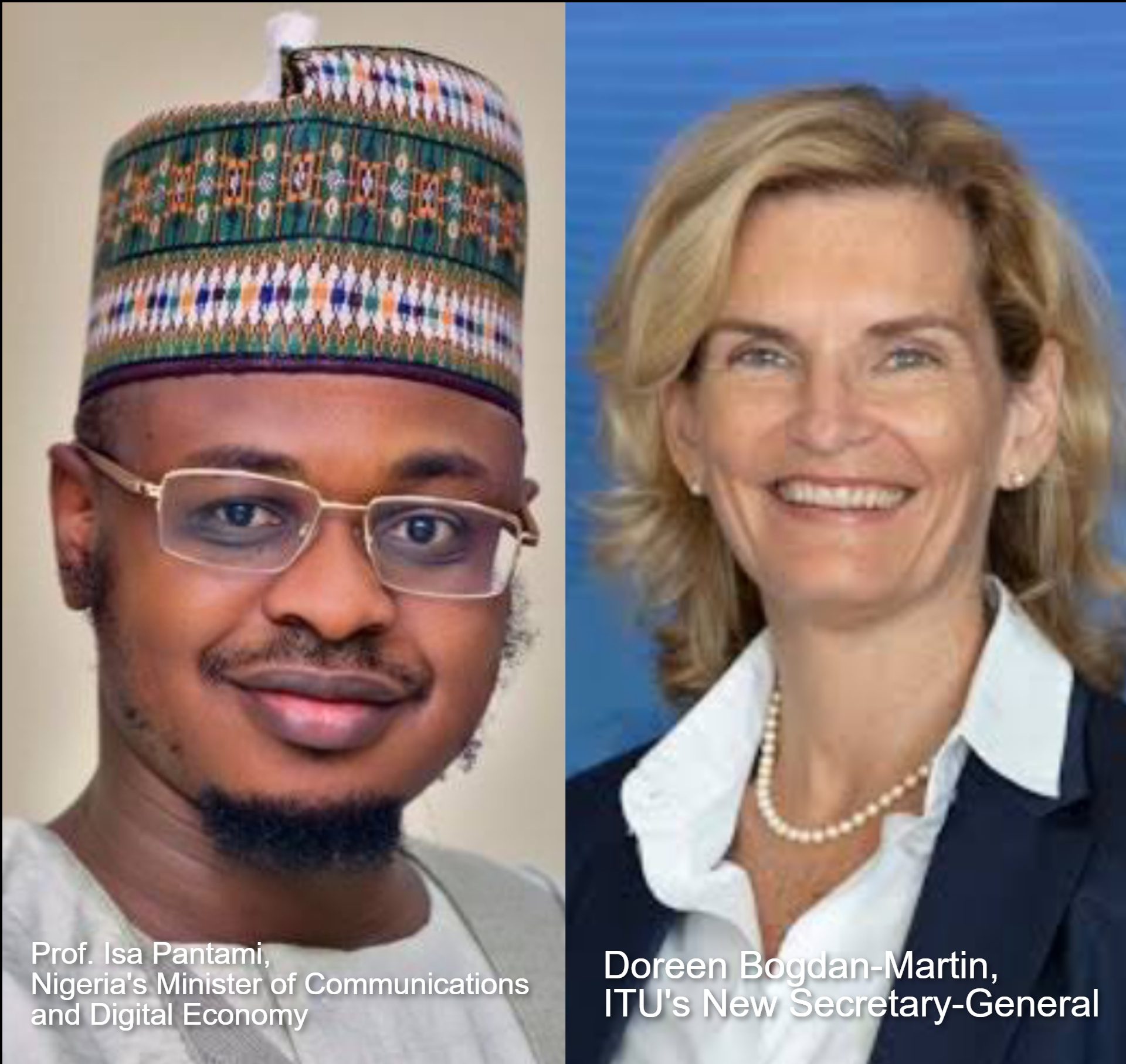 The International Telecommunication Union (ITU), established in 1865, which in 1947 became the United Nations (UN) organ superintending telecommunication, has just elected American, Doreen Bogdan-Martin, as the Secretary-General.

She’s the first woman to serve in that capacity and the first American after Gérard Gross (1958-1965). She defeated Rashid Ismailov of the Russian Federation at the election which took place at the ongoing ITU Plenipotentiary Conference in the Republic of Romania’s capital city of Bucharest. A release by the Union states that Bogdan-Martin got “139 out of the 172 votes cast” by member states.

She will assume duty on January 1, 2023 and going by history, convention and tradition, Bogdan-Martin should serve till 2030. Bogdan-Martin’s immediate predecessors are, African Hamadoun Toure of Mali (2007-2014), and the outgoing, Asian Houlin Zhao of China (2015 to 2022).

The medium equally placed in contextual record President Joe Biden’s support for the candidature of Bogdan-Martin: “Ms Bogdan-Martin possesses the integrity, experience, and vision necessary to transform the digital landscape.” My sources also revealed that Secretary of State Antony Blinken, among other US officials supported Bogdan-Martin, “believing that she will oppose moves to bring the Internet under control of national governments.”

After her victory, Bogdan-Martin was quoted to have said: “The world is facing significant challenges – escalating conflicts, a climate crisis, food security, gender inequalities, and 2.7 billion people with no access to the internet. I believe we, the ITU and our members, have an opportunity to make a transformational contribution. Continuous innovation can and will be a key enabler to facilitate resolution of many of these issues.”

By my reckoning, Bogdan-Martin’s vision fits perfectly in congruity into the Federal Government’s agenda for a robust digital culture sector.

The overarching objective of NDEPS is to provide the policy context/blueprint for Nigeria’s prosperity with robust digital culture as the pivot, while the NNBP is to accelerate increase and improvement in broadband infrastructure as a key structural enabler of the emergent digital paradigm for Nigeria’s socioeconomic development.

As the regulator of telecommunication in Nigeria, and a leading light of the communication and digital economy sector, the Nigerian Communications Commission (NCC) prepared and launched in July 2020, a new Strategic Management Plan (SMP) 2020-2024 to align its operations in a granite fashion with the Federal Government’s vision for the ICT sector as well as the ITU Strategic Plan 2020-2023. The Commission proceeded to streamline the extant policies, plans and strategies into a readily implementable component that aligns with its functions, powers and mandate within the framework of its enabling law, the Nigerian Communications Act (NCA) 2003.

In the first phase of the streamlining, the Strategic Vision Plan 2015-2020, otherwise called The Eight-Point Agenda, the Commission achieved a leap in its contribution to national socioeconomic prosperity, including the multiplier effect of its operations in other commanding heights and strategic spheres of the economy including agriculture, finance, health, education and security.

Just last year, NCC released a sequel to the SVP 2015-2020. The SVP II (2021-2025) which provides a roadmap for Commission’s vision for the telecom industry, also called the Five-Point Agenda is focused on:

Today, the digital economy sector contributed an unprecedented 18.44 percent to Nigeria’s Gross Domestic Product (GDP) as at the second quarter of 2022, going by the statistics released by Nigeria’s National Bureau of Statistics (NBS). Nigeria has also achieved a broadband penetration of about 45 percent.

It is, therefore, gratifying that the ITU has elected a revolutionary backed by liberal ideological groupings, to oversee the administration of a global body whose mandates resonate with human and national aspirations for a better universal digital service that is available, accessible and affordable.

More gratifying is the fact that Nigeria has done remarkably well in this sphere and therefore in good moral standing to stand shoulder to shoulder with other global actors to harness the derivable benefits of the emergent digital culture for the prosperity of her citizens.

Omoniyi Ibietan, PhD, FNIPR, is a certified regulation specialist, multi-stakeholder relationship and communication management professional, and social entrepreneur. He currently serves as the Head of Media Relations Management at the Nigerian Communications Commission (NCC).  He writes from Abuja.