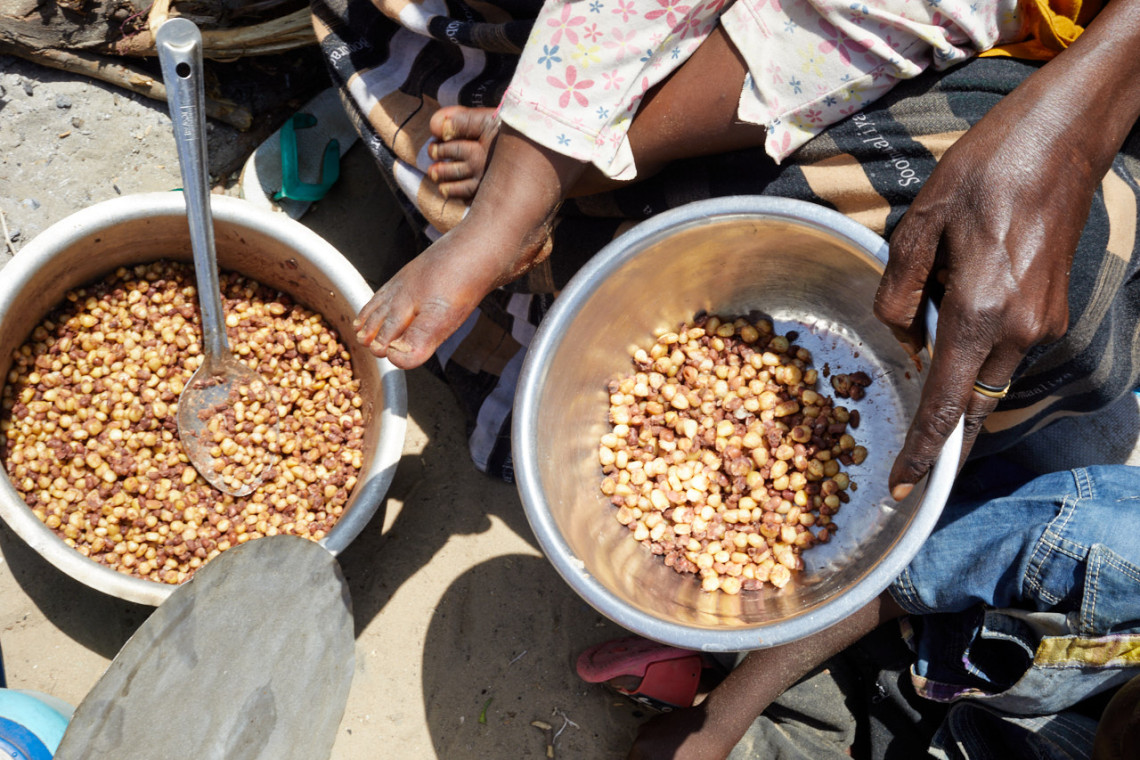 The International Monetary Fund (IMF) has suggested some policy directions and structural adjustment to avert imminent food crisis in the Sub-Saharan African that may culminate from climate change.

It said in an article on Thursday that climate change is intensifying food insecurity across sub-Saharan Africa, where Russia’s war in Ukraine and the pandemic are also adding to food shortages and high prices.

Climate events, which destroy crops and disrupt food transport, are disproportionately common in the region, it noted.

It added that One-third of the world’s droughts occur in sub-Saharan Africa, and Ethiopia and Kenya are enduring one of the worst in at least four decades, while countries such as Chad are also being severely impacted by torrential rains and floods.

“The resulting rise in poverty and other human costs are compounded by cascading macroeconomic effects, including slower economic growth. A new IMF policy paper examines how fiscal and financial policies and reforms such as technology transfer can reduce this damage and help countries adapt,” the Washinton-based institution said.

According to the IMF, protecting food production and distribution from weather events begins with climate-resilient infrastructure. This type of public investment also creates jobs and can catalyze private investment, it said.

“Digitalization is also crucial. It gives farmers access to early warning systems and mobile banking as well as platforms to purchase fertilizers, seeds, or sell produce, helping to connect small producers to large vendors,” it said.

Cash transfers, it said, further allow families and small businesses to invest in resilience-building equipment and technology. By offering people control of the support they receive these cash transfers are more effective at containing inequality than agricultural subsidies.

It also suggested that access to finance from private markets can play a similar role to social assistance, adding that raising it requires developing financial markets, which can take time.

“In the interim, micro-finance or public-private partnerships can help provide credit to people who currently don’t have access through banks.

To this end, establishing collateral through advances in property rights is crucial. With World Bank support, Mozambique and Tanzania are expanding title and survey registers and developing digital land administrative services. A pilot project in Ghana uses blockchain technology to improve incomplete or missing land records,” the IMF said.

It further highlighted cost-effective structural reforms such as trade liberalization and import diversification which are could help stabilize regional food supply and prices.

Zambia’s big maize harvests, for example, could have helped offset shortfalls elsewhere in Southern Africa if not for a ban on exporting the crop.

Access to larger markets can incentivize investment in agricultural production networks and value chains. It can also help spread knowledge—such as how to plant drought-resistant crops—and spur competition. One positive step in this direction is the Africa Continental Free Trade Agreement among 54 countries, which covers most goods and services.

Financing, capacity development, and transfer of technology and know-how will be key to supporting the policies outlined above. With mounting debt and limits to raising taxes, countries in sub-Saharan Africa will need grants and concessional finance. Development partners can also support resilience-building research and can propagate climate and financial literacy.

Why This is Imperative

Food supplies and prices are especially vulnerable to climate change in sub-Saharan Africa because of a lack of resilience to climatic events, food import dependence, and excessive government intervention.

Most people live in rural agricultural and fishing communities that can’t afford infrastructure to protect them from adverse weather. For example, they depend on rain to water their crops, and less than 1 percent of arable land is equipped with irrigation.

Weather-sensitive domestic food production results in heavy reliance on imports, with some 85 percent coming from outside the region. While food imports can provide a buffer to domestic shocks, inflation spurred by weather shocks in regions where imports are produced can be passed on to consumers. Similarly, weather events that raise the cost of transportation are also passed on. The resulting high food-import costs can erode foreign reserves and weigh on exchange rates, contributing to more rapid price gains.

On the other hand, targeted government involvement can have merit, such as supporting research and development in building resilience and agricultural productivity. Prioritizing policies around those that best protect the poor will be key amid financing and capacity constraints.

The IMF is supporting countries in these efforts including through climate-oriented public financial management advice and lending facilities such as our Resilience and Sustainability Trust. Soon to be operational, this new lending facility will provide longer-term affordable financing to address climate change and other challenges.

Related Topics:Food Crisis
Up Next