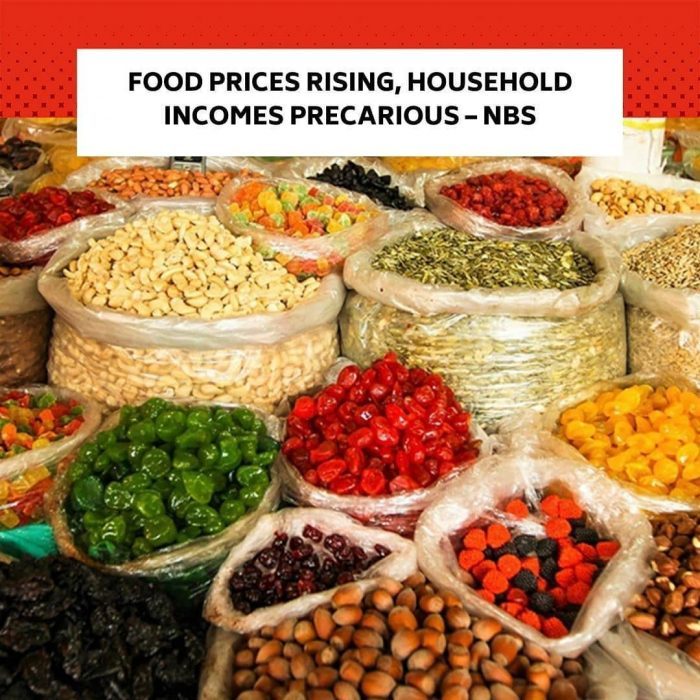 The prices of most food items increased in November this year, while the incomes for many households are still in precarious situations, the National Bureau of Statistics has said.

In its Selected Food Prices Watch for November 2020, the NBS stated that selected food price watch data in the review month reflected that the average price of one dozen of agric eggs, medium size, increased year-on-year by 6.64 per cent.

The bureau stated that the average price of a piece of agric egg, medium size, (price of one) increased year-on-year by 8.68 per cent and month-on-month by 2.36 per cent to N44.75 in November from N43.72 in October.

It further stated that the average price of 1kg of tomato increased year-on-year by 25.86 per cent.

Also, in its COVID-19 Impact Monitoring report for October, the bureau stated that while the share of respondents who were working remained stable in October at 87 per cent, findings provided further evidence that income remained precarious for many households.

It stated that of the 84 per cent of households that operated a non-farm enterprise at any point in 2020, about 22 per cent were not operating their businesses in October.

The bureau therefore noted that if household income continued to be precarious, this might limit the investments which households would be able to make in education and health services for their members, even if schools fully reopened and the government supported more testing and vaccination.