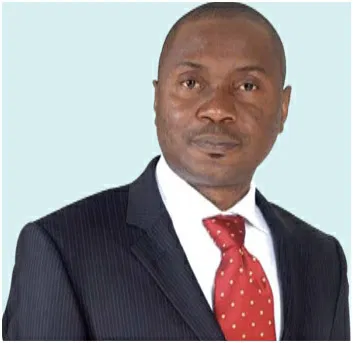 The Fertiliser Producers and Suppliers Association of Nigeria (FEPSAN) has commended President Muhammadu Buhari for showing solidarity with local producers of fertiliser by banning importers of the item as well as some food items from accessing doallrs to bring them into the country.

In a press statement on Friday, Thomas Etuh, president of the association lauded the federal government for re-emphasising the need to sustain the ban placed on the importation of fertiliser and some staple food items into Nigeria.

He said the presidential pronouncement is a demonstration of the determination of government at the centre to ensure self-sufficiency in food production.

Mr. Etuh said President Buhari has demonstrated uncommon commitment to the development of the agricultural sector in the country, urging Nigerians to support the efforts towards making the country self-sufficient in food production.

“FEPSAN is grateful to the President for his uncommon commitment to Agriculture in general and the fertiliser industry in particular.

“His efforts towards growing capacity in this most critical sector of the Nigerian economy has continued to yield tremendous dividends, especially since the launching of the Presidential Fertiliser Initiative in December 2016.

“Today 35 fertiliser plants are operating at full capacity across the country, employing hundreds of thousands of people directly and indirectly and supporting farmers with high quality fertiliser inputs,” The FEPSAN President said.

He added that the billions of naira that have been invested in the agricultural sector by Nigerians and other foreign investors bear strong testaments to the confidence the private sector reposes on the capacity of the government to steer Nigeria to enhanced local agricultural development, employment generation and food security.

Etuh further noted that FEPSAN members have been motivated to ramp up investments in the production of quality, locally-adapted fertiliser they have been supplied to local farmers by government’s commitment at broadening agriculture value chain in the country.

“Mr. President, in his wisdom understands the importance of local capacity building in the overall economic development of our dear country.

“Against the possibilities of pressures from briefcase investors to pen up the country for the importation of all manner of food items and agro inputs, we at FEPSAN appreciate his unwavering commitment towards amplifying the gains so far recorded in banning the importation of fertiliser and other food items.

“He knows the importance of foreign exchange conservation and prioritization of local capacity building in the redistribution of income and we will continue to work with the Federal Government to ensure that the immense opportunities in the country’s agricultural sector are fully exploited for the good of the national economy,’ Etuh is quoted in the press statement.

The association also extended its gratitude to the Central Bank of Nigeria (CBN) for the professional way it had managed the anchor borrowers programme, saying it has helped in re-energising the agricultural sector and empowered farmers to multiply productivity.

Back Story: President Muhammadu Buhari had on Thursday insisted that no Kobo from the country’s external reserves would be released to importers of fertiliser and some food staples as he ordered the CBN to stop selling dollars for such purposes.

The presidency explained that the government will not fund dealers to bring in items that will undermine efforts to boost local production of fertiliser and empower local farmers as well as encourage more youths to participate in farming.

Business Metrics reported that the order given by President Muhammadu Buhari marked a second time such a directive had been given to the apex bank in a effort to manage available foreign reserves as fortify the country’s agric sector against competition emanating from importation.