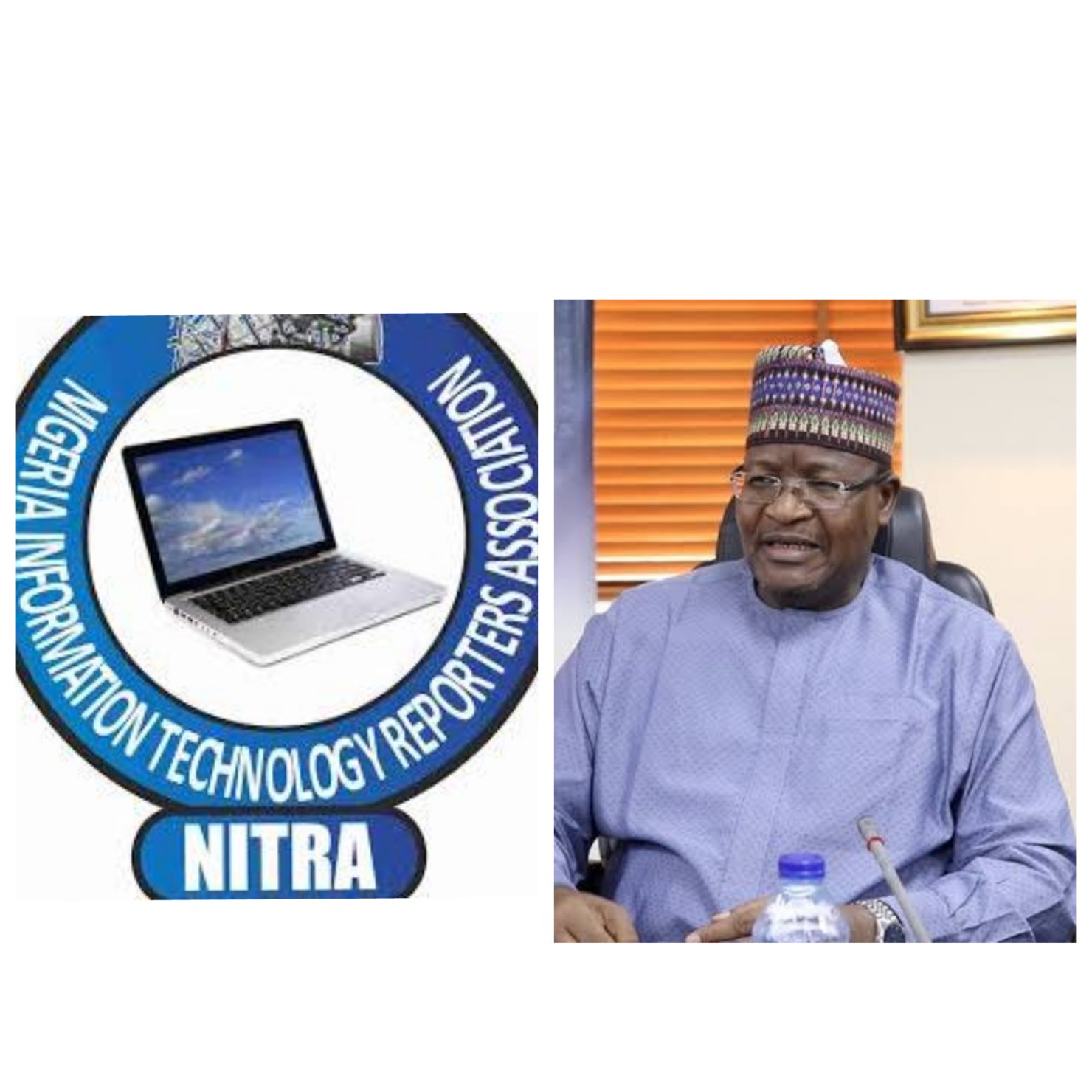 The body also testified that quantum leaps were recorded in the telecommunications sector of the economy during the first term of Danbatta in office as the NCC boss.

President Muhammadu Buhari, last week confirmed a second five-year tenure for the EVC through the recommendation of Isa Pantami , the Minister of Communications and Digital Economy.

In a letter to the EVC, the technology media body noted that the reappointment is indicative of the fact that he had performed creditably well in his first tenure; and therefore has become a call to continue in order to see his plans and programmes to fruition.

According to Chike Onwuegbuchi, the Chairman of NITRA, the first tenure has given yield to so many notable achievements that have brought succour to consumers, sanity and growth to the industry, revenue to the government and operational efficiency and ease to operators.

Commenting on the milestone achievements of the EVC, he further stated: “In the light of your achievements with regards to reduction of RoW charges, lowering of the cost of calls/data, universal telecom access which as you said is premised on three ‘A’s, Availability of service, Accessibility of Service, and Affordability of service, among other initiatives, the reappointment is most deserving.

“Your reappointment has come at a time when the industry needs consolidation and tidying up of your noble initiatives. It also comes at a time when the nation, and Africa as a continent, needs to see the success of the National Broadband Plan (NBP), the total digitization of the economy and the acceleration of the InfraCo model, among other developmental efforts to grow the Nigerian economy through ICT.”

He commended the EVC for constantly bringing to bear his academic and professional experience in the running of the Commission, and in fostering growth in the sector.

Mr. Onwuegbuchi noted that the reappointment of Prof. Danbatta will enable him to complete his plans and programmes at the Commission, which include effective kick-off of the InfraCo project, ensuring resolution and total compliance to the Right of Way (RoW) agreement, steering the telecommunications sector post-COVID-19 period, facilitating the realization of the set targets of the NBP 2025 and ensuring universal access, among other initiatives.

NITRA assured the EVC of the Association’s readiness to partner with the Commission in its mandate and quest to grow the Nigerian telecommunications industry to an enviable height.

The NCC boss was born in Danbatta Local Government Council of Kano State, obtained his Bachelor of Engineering, Master of Science, and PhD degrees from the Technical University of Wroclaw in Poland, and the University of Manchester Institute of Science and Technology, UK, respectively.

A Professor of Electronics engineering, Danbatta, took over from Dr. Eugene Juwah, whose five-year tenure at the NCC ended July 28, 2015. Professor Dambatta, an accomplished academician of repute, had served as a lecturer in the Department of Electrical Engineering, Faculty of Technology, Bayero University, Kano for 28 years, where he taught courses in telecommunications engineering, and electronics and held academic positions of Dean of the Faculty and Head of Department at different times.

He also held high profile administrative responsibilities, including Chairmanship of the Implementation Committee of Kano State University of Science & Technology, and subsequently became its pioneer Deputy, and Acting Vice-Chancellor when it took off in 2001.

He had served two terms of five years as a Member of Council for the Regulation of Engineering in Nigeria (COREN), and also a COREN registered engineer and member of the Nigerian Society of Engineers (NSE).

Professor Umaru Danbatta was also a member of over 60 University committees and task forces, including numerous stints as Chairman.

NITRA is the umbrella association for information and communication technology reporters in Nigeria.