The Nigerian equities market snapped yesterday’s loss, as the All-Share Index that measures share price movement in the market notched a 0.17 per cent gain to close at 40,465.15 basis points.

This amounted to M36 billion profit for investors, driven by the positive interests in ZENITHBANK (+2.0 per cent), UBA (+2.4 per cent) and INTBREW (+2.5 per cent) stocks. Consequently, Month-to-Date (MtD) and Year-to-Date (YtD) returns both increased to +0.5 per cent.

Nonetheless the positive closing of the midweek session, activity level was on the low side with volume and value of trade declining by 46.41 per cent and 57.33 per cent respectively at 249.55 million units, valued at N2.18 billion, and exchanged in 6,090 deals.

Market sentiment, as measured by market breadth, was positive, as 22 tickers gained, relative to 16 losers, trading statistics by the Nigerian Stock Exchange showed. 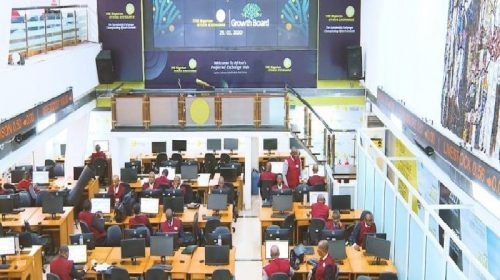 The bull camp was led by BOGAS, gaining N1 to close at N11.50 per share. Fourmill followed with N0.90 to close the session at N27 per share.