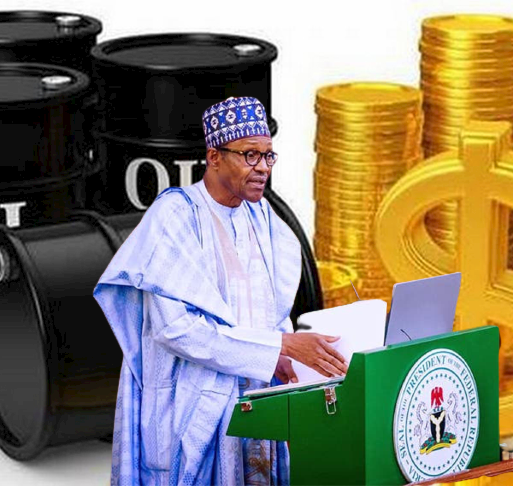 The international oil benchmark, Brent crude, extended its gains on Friday, rising above $55 per barrel, in what is a potential boost to Nigeria’s crude oil export revenue.

Brent crude, against which Nigeria’s oil is priced, hit an 11-month high of $55.41 per barrel as of 2:50pm Nigerian time on Friday, trading more than $15 higher than the Federal Government’s benchmark for the 2021 budget.

The 2021 budget, which was signed by on December 31, was based on an oil price benchmark of $40 per barrel and a production level of 1.86 million barrels per day.

The upturn in oil prices was supported by Saudi Arabia’s pledge to cut output and a global stocks rally as investors looked beyond rising coronavirus cases, according to Reuters.

“The surprise Saudi cut is keeping bulls at the helm. It will take a brave man to bet against the current bullish run of play,” said Stephen Brennock of oil broker PVM.

Saudi Arabia this week pledged extra, voluntary oil output cuts of one million barrels per day in February and March as part of a deal under which most OPEC+ producers will hold production steady in the face of new coronavirus lockdowns.

However, analysts said oil prices could see a correction in coming months, if their rallies were not backed by stronger fuel demand.

Severe mobility restrictions around the world to contain a surge in COVID-19 cases still weighed on fuel sales, weakening the prospect of energy demand recovery in the first half of 2021.

“But concerns over slower demand in gasoline and other fuels in the United States and other parts of the world due to wider restrictions to contain the spreading COVID-19 pandemic may limit gains.”

The pandemic claimed its highest US death toll yet, killing more than 4,000 people in a single day, while China reported the biggest rise in daily cases in more than five months and Japan may extend a state of emergency beyond the greater Tokyo region.

A rally in global shares also lent some support to oil prices, with Japan’s Nikkei hitting a three-decade peak, as investors looked beyond rising coronavirus cases and focused on hopes for an economic recovery later in the year.

As a sign of tighter supply following Saudi Arabia’s cut, seven North Sea crude cargoes were bought and sold in the trading window operated by Platts on Thursday. Normally, just one or two cargoes change hands each day.