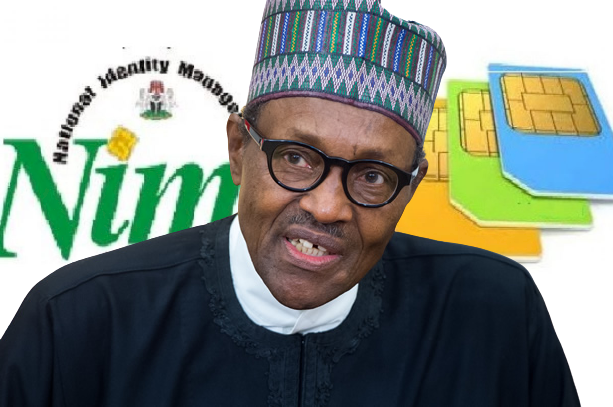 A total of about 143 million Subscriber Identification Modules (SIM) are now identifiable to the National Identity Management Commission (NIMC) for registration with their respective National Identity Numbers (NINs), telecommunications operators have said.

Mobile operators also explained that the number of subscribers without NINs was about 21 million, as the deadline for the registration of SIMs with valid NINs draws near.

Speaking on behalf of the firms, the Chairman, Association of Licensed Telecommunications Operators of Nigeria (ALTON), Gbenga Adebayo, told our correspondent that the number of NINs submitted by the telecoms sector to NIMC was for about 143 million SIMs.

The Federal Government through the Nigerian Communications Commission had announced on Tuesday that so far a total of 47.8 million NINs had been collected by the mobile operators.

“At an average of three to four SIMs per subscriber, this means many millions will be linked up before the deadline in February 2021,” the government had stated.

Providing further explanation on the figure released by the government, Adebayo said, “We collected 47.8 million NINs at an average of three to four SIM cards per person or enrollee.

“So, on a further average we have about 3.5 SIMs per person and when multiplied by 47.8 million, that is about 167 million. Now if we take a lower rate, say an average of three SIM cards per person, it is about 143 million SIM cards.”

He added, “Therefore what this means is that about 143 million SIM cards now have their NINs identifiable to the NIMC. This is what the numbers look like right now.”

Asked to state the number of subscribers without NINs, Adebayo replied that the figure was around 21 million.

He said, “If we take this number (143 million SIM cards) and compare it with the 207 million subscriber records that we have, then the numbers are not looking bad.

“Because you will be looking at about 63 or 64 million SIM cards that do not have NINs. And at an average of about three SIMs per person, it then means that we have about 20 to 21 million people without NINs yet.”

Adebayo said the telcos hoped that more subscribers would be able to get their NINs, submit the identity numbers to mobile operators and have them forwarded to NIMC before the February 9, 2021 deadline.

On December 15, 2020, the Federal Government declared that after December 30, 2020, all SIMs that were not registered with valid NINs on the network of telecommunications companies would be blocked.

It later extended the December 30, 2020 deadline following widespread opposition against the earlier announcement and gave three-week extension for subscribers with NIN from December 30, 2020 to January 19, 2021.

The government also gave six-week extension for subscribers without NIN from December 30, 2020 to February 9, 2021.

However, many organisations have called for further deadline extension or outright suspension of the NIN registration process due to the large number of people that are yet to secure their NINs.

Related Topics:SIM-NIN Linking
Up Next

Oil rises to $56 on US stimulus prospects