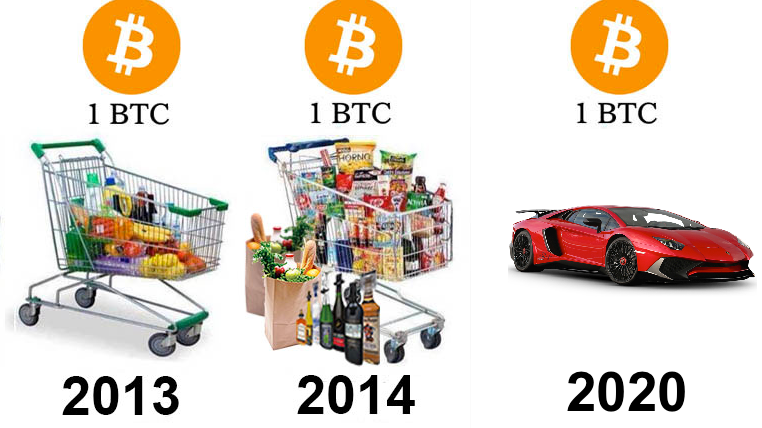 This morning, the U.S. Bureau of Labor Statistics released updated numbers for its inflation-tracking Consumer Price Index (CPI), showing U.S. inflation has hit a 6.8% annualized rate. That adds up to the highest year-over-year inflation rate since 1982, which is decidedly not great. Among other implications, the number is another nail in the coffin of U.S. President Joe Biden’s “Build Back Better” social spending package.

And asset markets? Wall Street had already priced in 6.7% inflation, so the Dow Jones Industrial Average has been pretty much stable as of this writing. Gold saw a modest but noticeable morning bump, while gold futures have seen a choppy but decent runup over the last six months as inflation fears gestated.

Bitcoin, meanwhile, was flat to down this morning, and down more than 25% over the past 30 days. That contradicts one of the most widely cited selling points of bitcoin – that it’s an “inflation hedge,” a place to put your money when fiat is losing real-world value.

So what gives? Why isn’t bitcoin rallying as inflation in the world’s biggest economy touches 40-year highs? Why is Bitcoin dropping if It’s an ‘Inflation Hedge’?

Here’s the secret that your average YouTube crypto shillfluencer will pretty much never spill: The idea that bitcoin is an inflation hedge is purely speculative. It’s compelling, and it may become true in the future, and it may be a rational reason to speculate on bitcoin right now. But it’s not a mechanism that actually functions in the present day.

It certainly seems very structurally plausible that it eventually will if bitcoin adoption continues on its current path. If enough companies, economies and individuals transfer a lot of their wealth into bitcoin, its price will become more stable, making its steady and tight issuance policy much more appealing, and reducing the risk of rotating into it when inflation is running hot.

That’s how some people use gold, which is why bitcoin is sometimes referred to as “digital gold.” Investor and CoinDesk columnist Nic Carter recently pointed out that if bitcoin were to gain adoption similar to gold, it would mean growing 10x from where we are now. That seems like a quite likely future scenario to me.

But that’s not where we are now. Currently bitcoin prices are unstable for a number of reasons that have no direct tie to inflation, and if recent price moves are any indication, those forces remain considerably more powerful than the “digital gold” narrative.

First and foremost, bitcoin has been on a nearly two-year bull run. The simple mathematics of reversion to the mean and/or the emotional gravity of profit taking made a pullback inevitable. That’s especially true because bitcoin is still quite clearly a speculative asset – its current total valuation of nearly $1 trillion (wow) is based not on current adoption, but on scenarios of future growth. Any speculative asset is particularly vulnerable to uncertainty: Tesla stock, which is now largely a bet on Elon Musk inventing general artificial intelligence, is off roughly as much as bitcoin over the last 30 days. 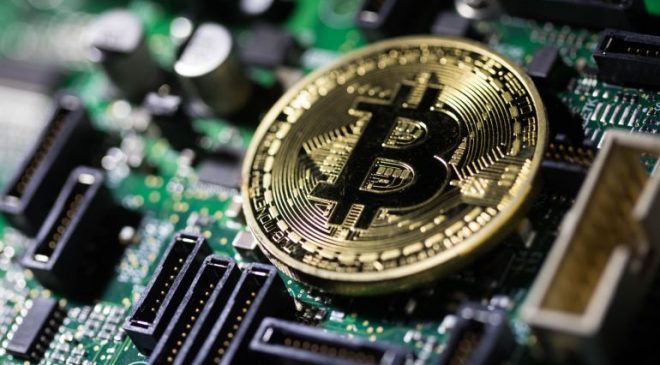 That points to anxiety over the strength of the real economy, most of it focused outside the U.S. China in particular is beginning to show signs of a looming unwind, which would have serious impacts around the globe. But debt and other forms of leverage (even excluding leverage buried in stock prices) are at record levels basically everywhere.

So things are choppy and could go in a lot of different directions without much notice. A major downward shock would knock a lot of wind out of future-oriented assets, and some investors are de-risking to be on the safe side.

Relative to bitcoin’s inflation thesis, the scenario demonstrates the most inconvenient truth of economics and finance: that it’s very hard to definitively prove why nearly anything happens. There’s almost never a chance for a “controlled experiment,” a situation where only one variable changes at a time, allowing its specific impact to be fully observed. The clearest way to really affirm bitcoin’s role as an inflation hedge would be if nearly nothing but inflation was going on, and that’s just not a situation we’re ever going to see in the real world.

Instead, on any economic or financial question, there are nearly always a large number of moving parts – including elements even professionals may be completely unaware of. Predicting the future depends on picking the right moving parts to focus on. For bitcoin, at least for now, inflation doesn’t seem to be the story the markets are listening to.

CREDIT: This article: ‘Why is Bitcoin dropping if It’s an ‘Inflation Hedge’? was first published on Coindesk.com on Friday, December 10, 2021.