Photos: What is left of Enugu State Broadcasting Service HQ after fire outbreak 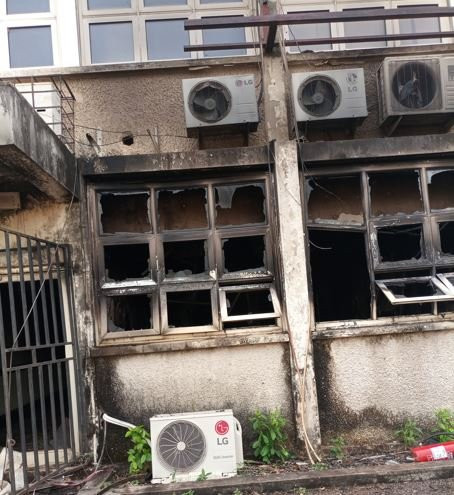 The Headquarters of the Enugu State Broadcasting Service located at the Independence Layout near Agric Bank Junction was on Tuesday morning gutted by fire.

Although the cause of the fire was yet to be ascertained as of the time of filing this report, the inferno was said to have completely destroyed the newsroom and presenters office.

It was gathered that an HD Cameras and computer laptop of one of the staff was burnt to ashes.

Staff of the station told our correspondent on condition of anonymity that the fire started shortly after the station was opened for the early morning broadcast around 5.30am to 6.00am when a generator was put on.

He said that safe for the timely response of the State Fire Service, the entire station would have been gutted by fire.

Another staff also told our correspondent that they were at loss about the incessant fire incident at the station since policemen were deployed to guard it shortly after the nationwide #EndSARS protest last year.

“Since the station was built in 1983, we have not heard or witnessed fire incident. But less than a month a police detachment was deployed to the station, our store with equipment was gutted by fire. That storehouse had no electricity supply and there was bush around it yet it was gutted by fire. Till today, police were yet to release their investigation report on that incident before this one.

“Shortly after that first incident, the policemen were removed and a new set of people were brought and now it has happened again. I am not saying that those policemen were behind the incident but a thorough investigation should be conducted on this fire incident.”

The General Manager of the station, Chukwuma Ogbonna, who spoke with ThePunch shortly after the fire was put out by firefighters, lamented that the incident was the second fire incident at the station this year.

Although, he said that the current incident could be attributed to power surge, however, the first incident had remained a puzzle.

“I really thank God that the Fire Service came on time and saved the station otherwise I don’t know what could have happened. The firefighters have put out the fire. It didn’t destroy many things, at least we can go on air.”

Lamenting on the previous fire incident, Ogbonna said “that one happened in our store and all the equipment were totally destroyed. Till today the cause of that fire has remained a puzzle because there was no electricity supply to that store.

“After the incident, police interviewed all the staff and their report hasn’t been released. So it has remained a puzzle. But this one that happened today can be attributed to a power surge. I think there was a problem at the control panel that led to the fire incident this morning.”

Only recently, over 20 shops were also razed at the Ogige Main Market, Nsukka town in the state.

The fire incident, which occurred around noon, had led to the destruction of goods and property worth millions of naira in the Phone Villa section of the market.

Below are the photos hurriedly taken following the incident showing what is left over after the unfortunate event. 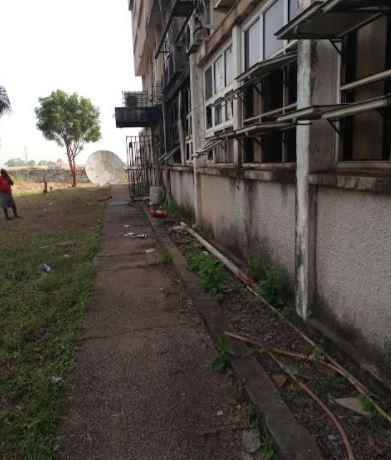 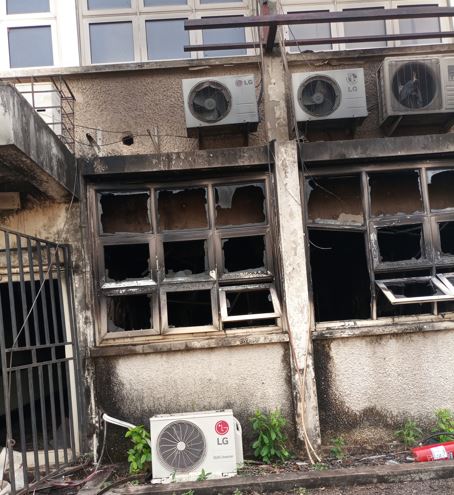 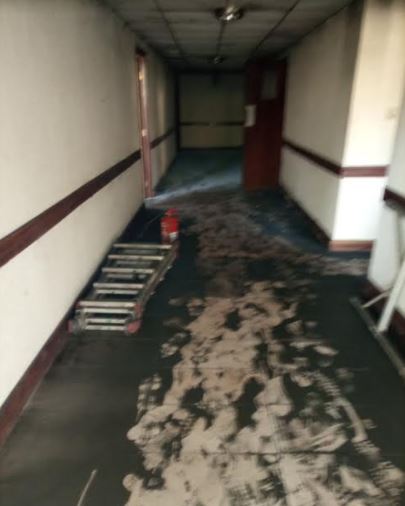 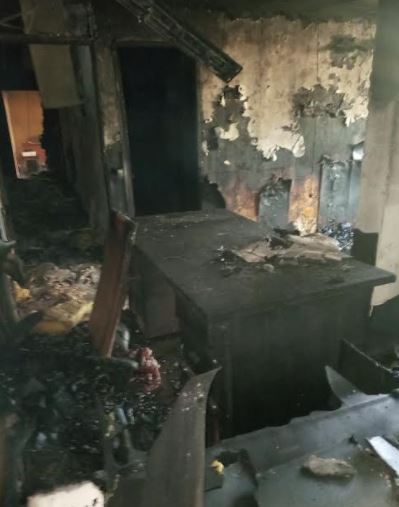