Seven interesting things to know about The Rush by Pop Central

Google's Eko for Show to showcase creative genius to the world 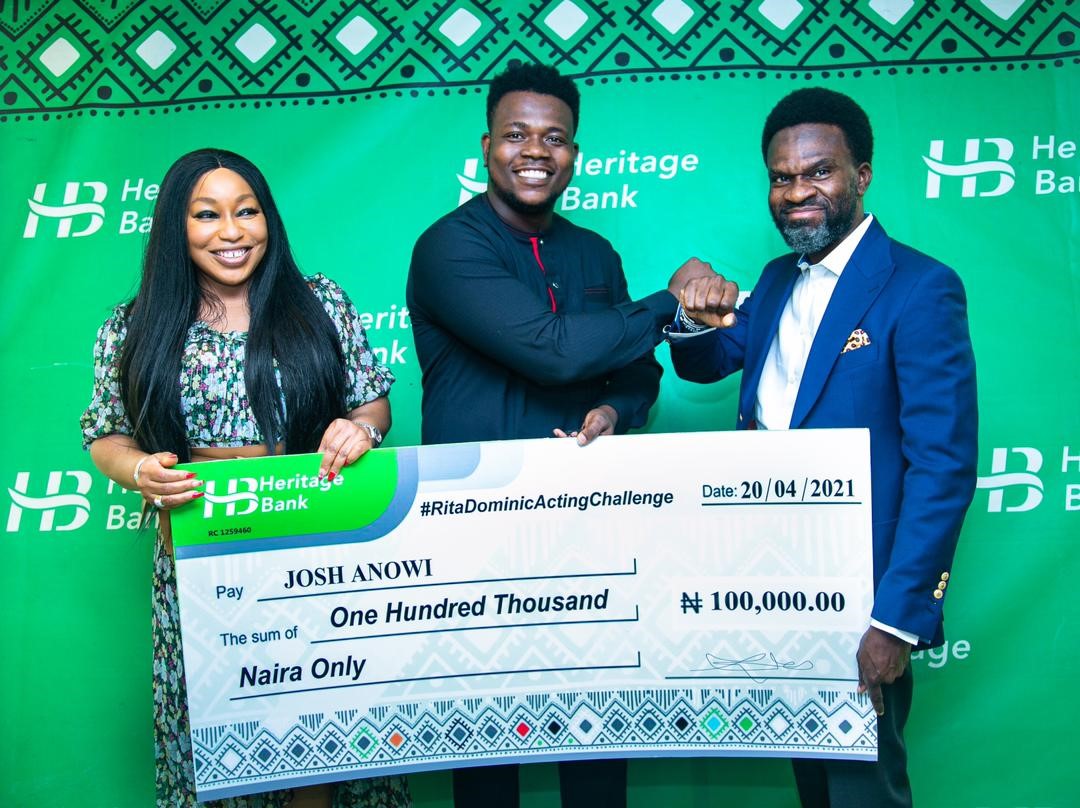 Heritage Bank Plc has further reiterated its commitment to the growth and development of the creative and entertainment sector by supporting the “Rita Dominic Acting Challenge.”

Heritage Bank in collaboration with a foremost Nigerian Actress and Co-Founder of the Audrey Silva Company, Rita Dominic launched an acting challenge for aspiring actors to recreate a scene in a new film “La Femme Anjola,” produced by the later.

Speaking at the presentation of the cheque to the winners, the Divisional Head, Corporate Communications of the Bank, Fela Ibidapo explained that as the institution’s name implies, Heritage Bank has continued to make efforts in supporting creativity, ideologies and talents like these, where arts are used as a tool to promote cultural awareness and to help younger Nigerians form a strong sense of National identity.

“As a bank, we look for creativity, ideas and talents to support. We are called Heritage Bank for reasons, which involves putting our money where our mouth is, being that art and entertainment space are platforms where we considered being opportunity for us to leverage our supports.

“It is a privilege that we are here today to celebrate the movie and the success achieved thus far and to the winners” he stated.

He assured that the bank would always be driven by cultural heritage in delivering distinctive financial services to create, preserve and transfer wealth.

According to him the bank is proud of the entertainment industry and will continue to stand by operators in it by supporting them and watch them grow.

The Foremost Actress, Dominic thanked Heritage Bank Plc for believing in her dreams and for helping and recognizing the need to support young talents in Nigeria.

“I have been eager to make my dream a reality, luckily Heritage Bank came on board to partner with us this year. I consider this as a fantastic opportunity to get my lifelong dream to have actors,” she said.

According to her, the acting challenge is an opportunity to help young aspiring actors to find their feet in the industry because of how difficult it can be in the industry.

She noted that there were enormous aspiring talents to harness; as it was difficult to nominate the winners amongst participants in the Rita Dominic Acting Challenge.

She advised the winners to remain unwavering, focus their eyes on their visions and goals if they desire to succeed in the entertainment industry.

Related Topics:creative industry
Up Next