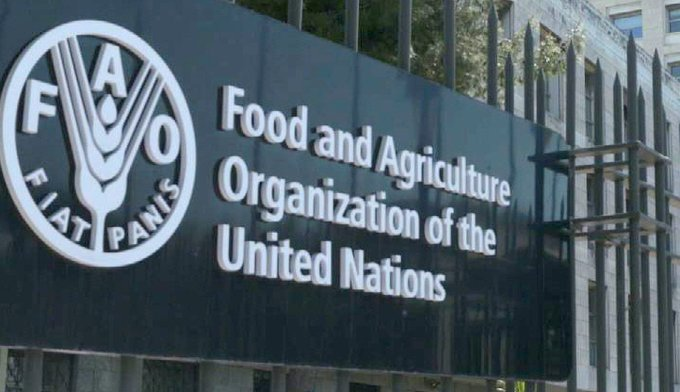 In Niger, 14326 households (including 1719 women-led households) have benefited from solar energy infrastructure for domestic water supply, irrigation and livestock watering

contribution of solar energy in agricultural development in West Africa and the Sahel, it is around this theme that the Food and Agriculture Organization of the United Nations (FAO) Sub-regional Office in West Africa has invited stakeholders and partners to its first thematic webinar to make its achievements visible.

The contribution of solar energy in agricultural development in West Africa and the Sahel, it is around this theme that the FAO Subregional Office in West Africa has invited stakeholders and partners to its first thematic webinar to make its achievements visible.

On December 14, 2022, more than 30 actors and partners were informed of the importance of solar energy for the transformation of agri-food systems in West Africa and the Sahel. The session, organized in partnership with the ECOWAS Centre for Renewable Energy and Energy Efficiency (ECREEE), provided an opportunity to review the opportunities and benefits of integrating renewable energy into agro-sylvo-pastoral and fisheries activities. “Agriculture is the main economic activity in the ECOWAS region, contributing to about 35% of regional GDP and employing 65% of the population. It requires both water and energy,” said Francis Semporé, Executive Director of CEREEC when presenting the state of renewable energy in West Africa. He confirmed the willingness of his institution to collaborate further with FAO to popularize the use of renewable energy in the sub-regional agricultural sector.

Significant results on the ground with FAO support

Solar energy plays an essential role in all stages of the agri-food value chain, from production to processing and storage, to increase productivity and income, reduce post-harvest losses, strengthen the climatic resilience of farmers and agricultural enterprises, and improve the living conditions of the population, including women and youth.

In Mali, Gambia, Burkina Faso, Niger and Senegal, FAO has contributed to improving access to and efficient use of water for sustainable agricultural intensification, productivity and income generation through the use and dissemination of solar energy infrastructure.

In Niger, 14326 households (including 1719 women-led households) have benefited from solar energy infrastructure for domestic water supply, irrigation and livestock watering.

In The Gambia, the solar irrigation system combining 20, 000 liter overhead tanks and a water distribution system with 20 to 24 tanks of 4,000 liters in each garden facilitates easy access to water and reduces the burden of women’s work.

“Energy and food systems are deeply connected. About 30% of the world’s energy is consumed in agri-food systems. Both systems need to be transformed through technological innovations to meet the current and future growing demand for food and energy in an equitable, inclusive and environmentally sustainable manner,” said Dr. Robert Guéi, FAO Subregional Coordinator for West Africa and FAO Representative in Senegal, explaining FAO’s interest in disseminating solar energy infrastructure in rural West Africa.

From solar panels to solar concentrators, a more advantageous technology

Renewable energy is produced partially or entirely from non-depletable energy sources for direct end-use or electricity generation. The current infrastructure combines solar panels and batteries whose installation is a little expensive for low-income populations but also its maintenance remains restrictive. In the framework of energy efficiency management, research tends to implement solar concentrators that combine reflectors used to capture and concentrate the sun rays. This new technology was presented by Aïssatou Mboup, solar energy engineer. She invited the actors and agricultural partners to adopt this technology which has more advantages for rural areas.

Distributed by APO Group on behalf of FAO Regional Office for Africa.

Related Topics:FOAFood and Agriculture Organization of the United Nations